This time last year, I was choosing my first ever school uniform for Thomas.  At 4 years old, he had always been a big lad for his age, but in his uniform, he looked too small. 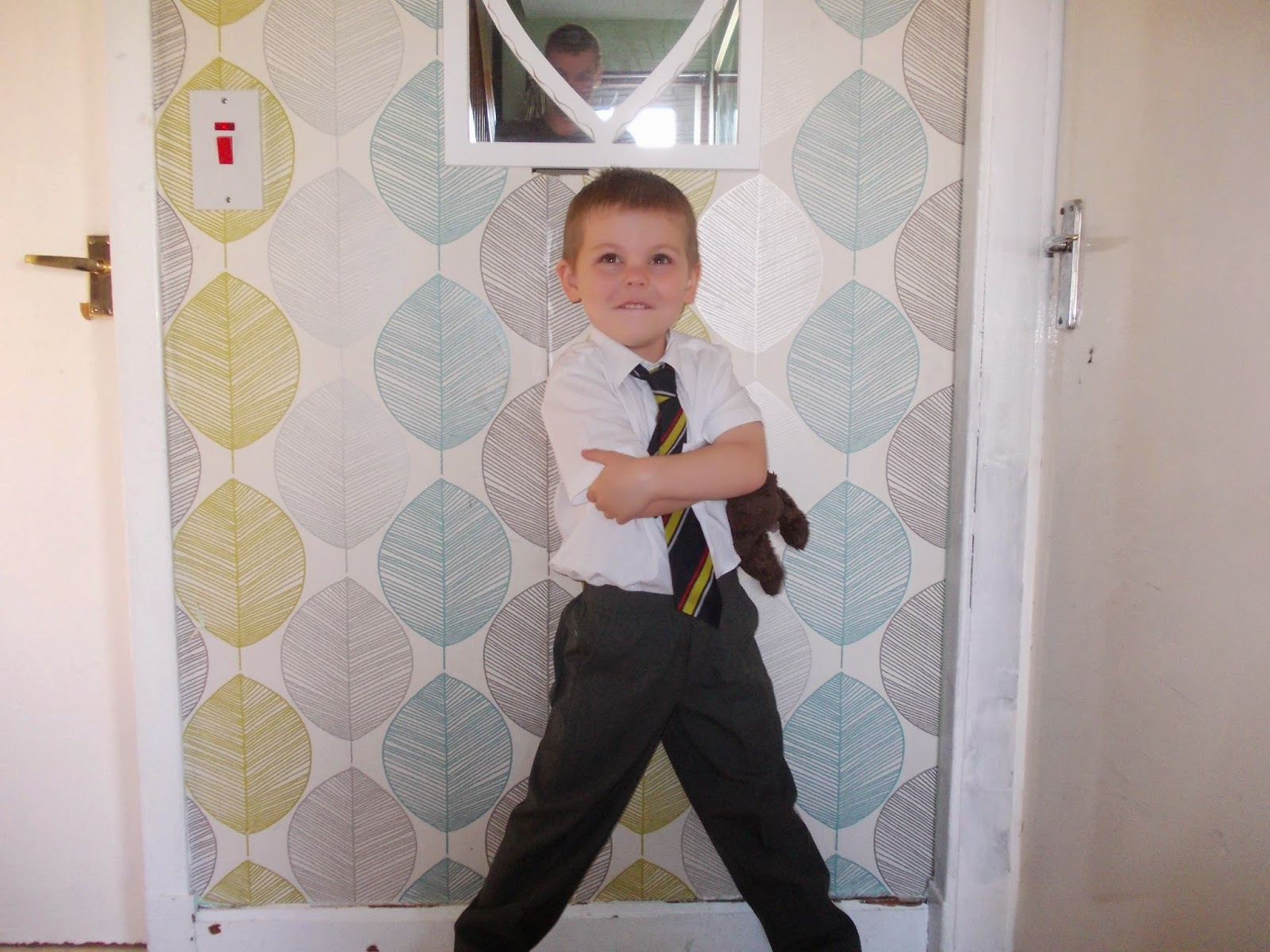 Too small for going to packed lunches and after-school club.

Too small to have to make his own friends in the playground.

Too small to learn how to do his own tie and not forget which one was his coat at the end of the day.

His voice was high and he still pronounced some of his words incorrectly.

He still sometimes put his shoes on the wrong feet.

He still went to the toilet and left the door wide open because he was 'too scared' to close it.

Thomas has suffered from Glue Ear too - a condition which means that his attention span isn't always up to par, especially in a classroom situation where he has to focus even more on instruction.  Glue Ear has seen him frustrated, and also sometimes come off as rude or cheeky, which he really isn't - it's just that sometimes he mishears or hasn't heard at all.  And this worried me a lot.

How would a teacher, who didn't really know him, who had to deal with 24 other children and their individual needs interpret my little boy?

I knew as much as anyone that first impressions count - and I was terrified that my wee boy would be labelled or judged straight off the bat as someone who didn't listen, or who was misbehaved - and stuff like that sticks with a kid.

Not to mention all the other worries: would he make a friend, be able to keep up with everyone, be able to ask for the toilet if he needed to go, be able to sit still in class, be able to do what he is told and just be a good lad?

I think every parent goes through this

There's something about putting your child into uniform that changes things.  You fear that they will change completely, that they will no longer be your little baby any more.  That they will just become another face in a sea of faces.

Many tears are shed by parents in the run up and on the first day of school.  The feeling you get when you take them into a classroom for the first time and see their name on their peg.  The lump in your throat when you have to leave them for that first playtime, take the first school photos, watch them file into line before going into the classroom without you for the first time... 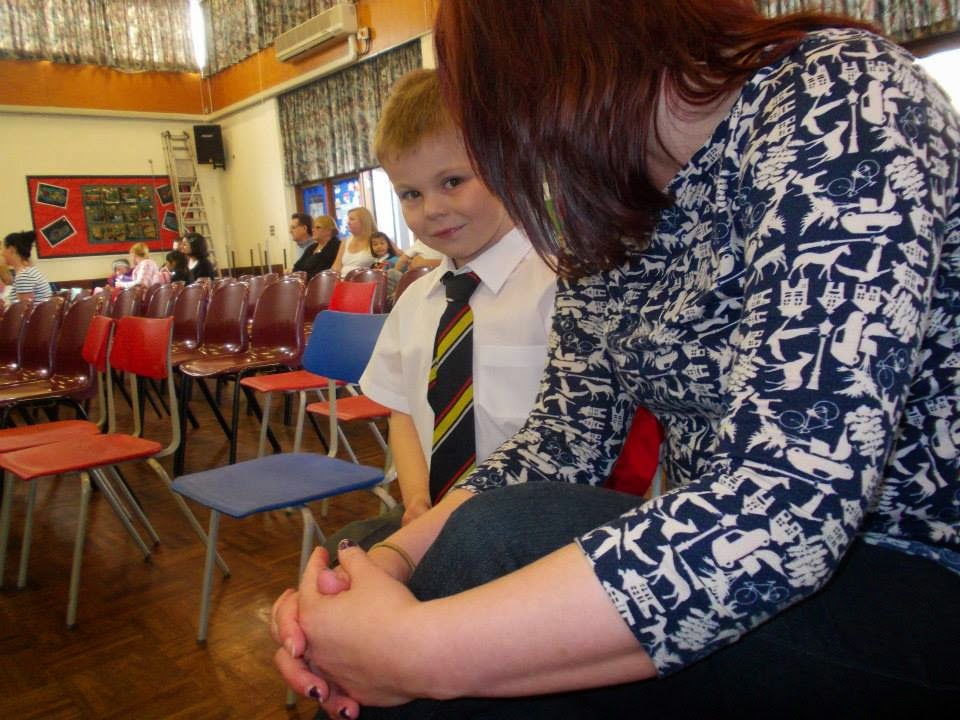 That feeling that your baby, the one that you have obsessed and watched over for the last five years, the one whose poop colour you have stringently documented from birth, who you rocked to sleep in the middle of the night, who you read stories to every night (but not the scary ones, they are 'too scary mummy!'), the one you breastfed, expressed milk for, weaned, agonised over which nursery to send him to, chose out his first walking shoes, tried so hard to make sure he had access to everything that could nurture his development, who crawls into your bed in the middle of the night because he is scared...the feeling of him maybe not needing you any more is huge!

The feeling of him being swept up and swallowed by all of these other people - the teachers, the lollipop man, the dinner ladies, the p.e teachers, the after-school club workers; suddenly you feel like you are laying this little soul, who is a part of you and a product of you, out for judgement and ownership by others.

This is how I felt last year when I sent Tom off to school.

But really, it's not so dramatic.

Really - it's been an amazing year.  And I promise you; it's not the end, but rather the continuation of your adventure together.

But with more tools in your backpack.

Thomas is still my baby (shh!  He'll always be my baby!)

He is still scared of the dark.

He still needs help to get his shoes right sometimes.

He still pronounces some words wrong.

He still has some crazy toilet habits!

And he still occasionally slips into our bed in the middle of the night.

And he loves school.

Yes, the first few weeks were a bit odd.  Yes, he did have some tears at times - some kids didn't want to play 'his game' in the playground, he struggled with his tie which made him anxious, he didn't always enjoy the school lunch that was served up to him, but when all is said and done - he dealt with it all himself. 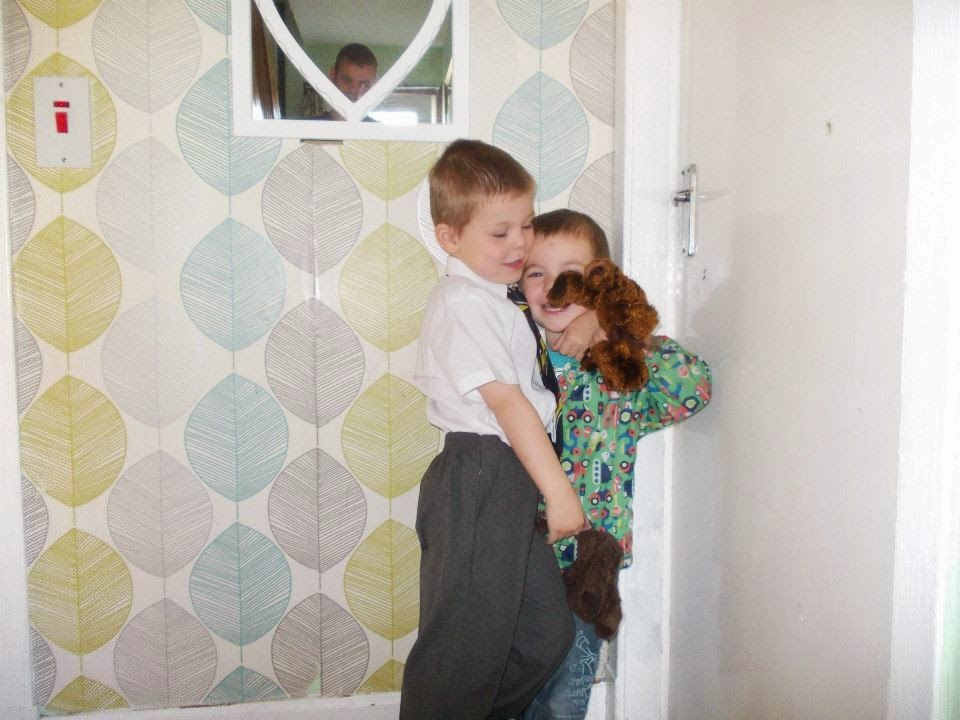 The awesome thing about school too is the amount of times someone tells you how great your kid is.  There is no better feeling than checking out your son's first attempt at spelling or getting a note home from the teacher saying how good his reading is, or, even better, attending a parent's night, where the teacher says she would happily have 25 of your son in her classroom.

That's right - a wee person that you made!

Watching your kid run off into the sunrise at the start of a school day as he forgets to say goodbye because he is so eager to go is one of the most bitter-sweet feelings in the world - but so relieving and really great. 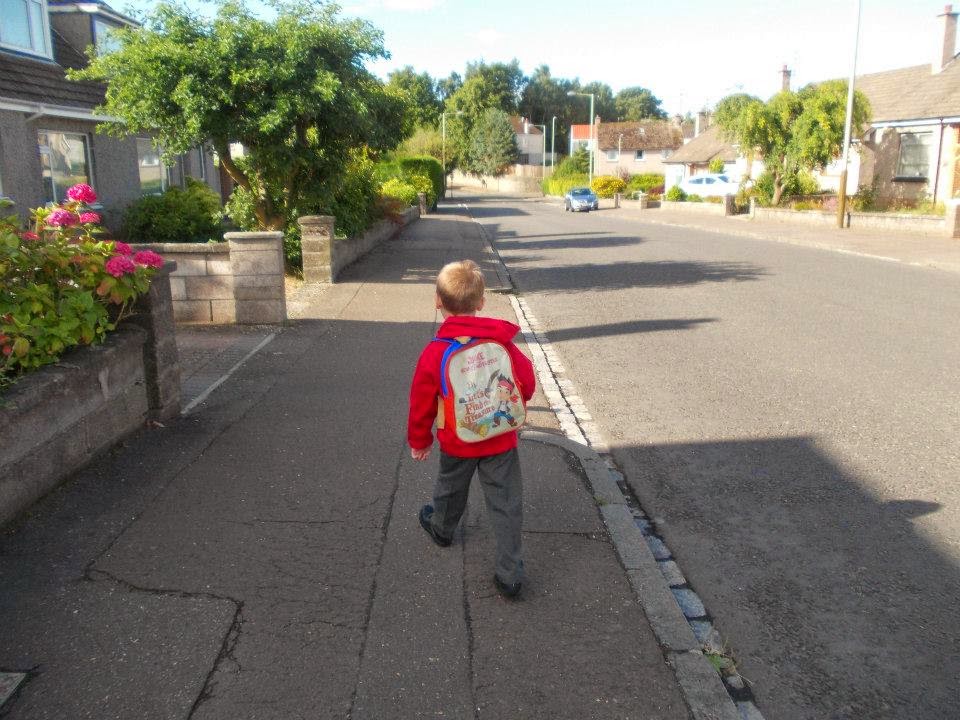 So, try not to cry too much on that first day of school.  Don't spend the night before fretting and worrying - you are all going to have a great time.

This is not the end.  This is just a continuation of the already-amazing things that happen when you have kids.

A new chapter of firsts.

This summer is already so different. 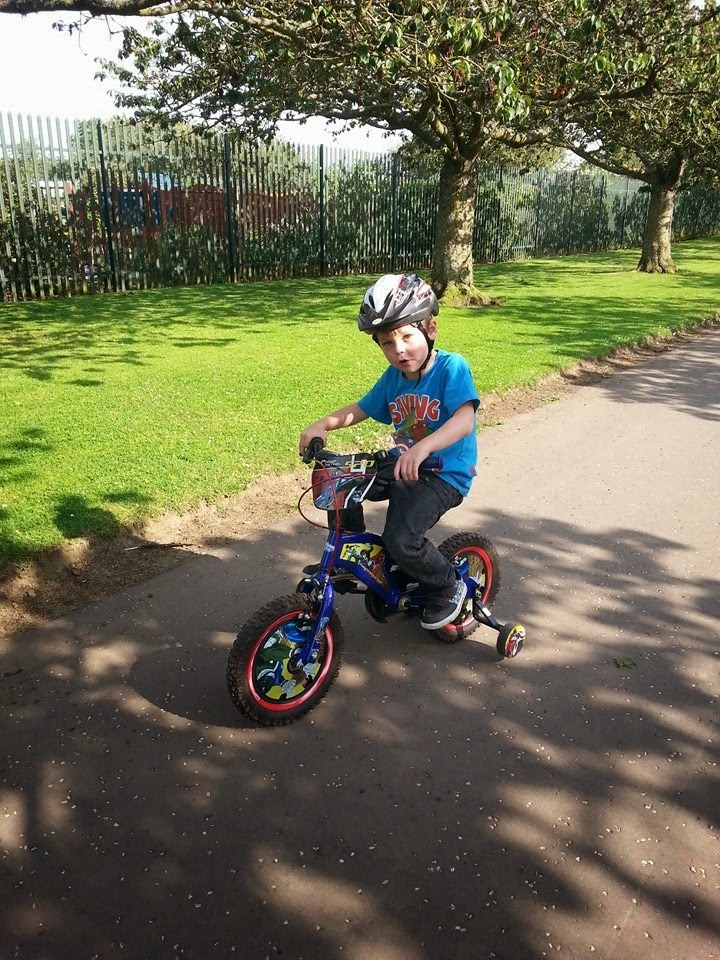 First summer holiday where we could stay up later 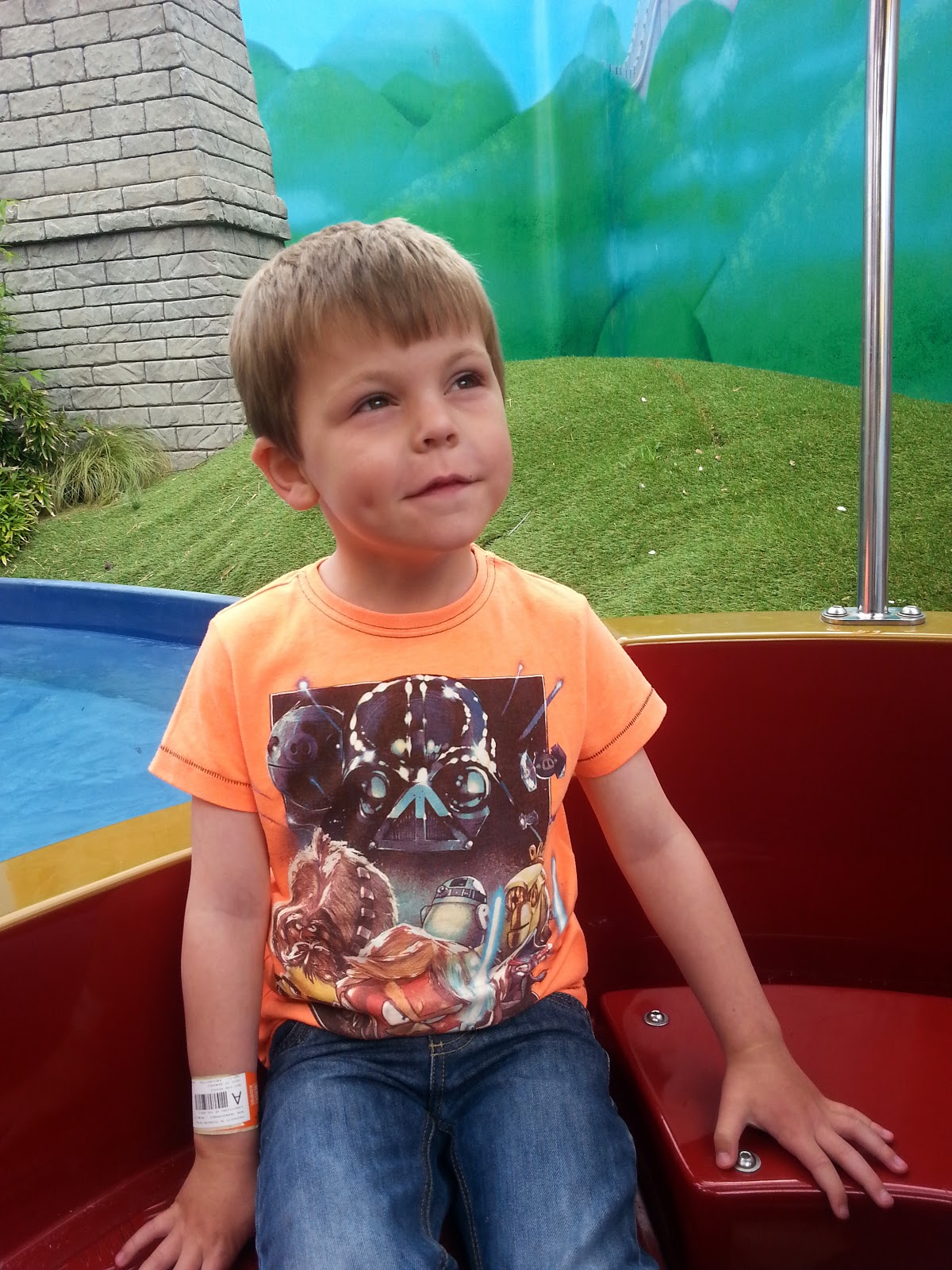 First chapter book (one of many this summer :) )

Things are easier, because he is more mature, more reasonable and more settled within himself.

I am so proud of my well-rounded and happy wee guy.

We still have our moments - he is still a baby yet, but we are getting there.
I am really excited to see what next year brings.  And more importantly - he can't wait either!