For those of you who don't know, I'm in the business of setting up as a Childminder.

With this come all of the crazy and absolutely necessary checks, detailed disclosures and policy-writing which we have come to expect in our society.  Because, you know, why let normal people get on with their every day lives and actually help each other out when it could be a prohibitive, costly and time-consuming process? 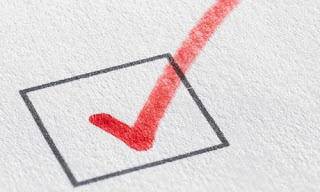 If you are wondering where British jobs went - they are here; box-ticking and writing nonsense which gets updated every few years.

Dave and I have just applied for our enhanced disclosures with, like, a bajillion forms of I.D, proofs of address and such. I have had, I think, three disclosures before, and Dave has had about six and also been registered with the Social Services Council as a care manager, but you know - that'll be another £100 please. Credit card.

My doctor has to sign me off.  Without seeing me. I haven't had a named doctor in over ten years.  That includes three troublesome pregnancies.  I could be telling them any old nonsense - 'how many units of alcohol do you drink a week?' Me: 'Oh, none, doctor!  I'm tee-total! *blush*

I'm not a raging alcoholic by any means - but who knows?  Maybe I'm sitting in my bathroom drinking two bottles of wine while the kids eat lunch (I'm not).  There's a fee for this too apparently. Puke. Credit Card.

Social services get a letter all of their own.  I have to declare that I've never hurt a child and they get to sign it and say they've never heard of me.  Again - not sure what this is supposed to prevent.  Any bona fide child abuser isn't going to tick the box and write a comment saying - 'well, actually, I am a bit of a dick to kids' while applying to actively have a job looking after them. No fee - lucky us!

The fire department have to inspect my house (which reminds me I need a fire blanket) and tell me off probably for the polystyrene ties on my ceiling which I SWEAR I'm going to get down as soon as I get a ladder.  Though they are beside our bedrooms, so really, if anyone's going to die, it will be me and Dave in the middle of the night.  We've already weighed this up with ripping out actual light fittings/discovering horrid things underneath said tiles.  The joys of old houses. Credit carding fire equipment.  Jeez, fire equipment is expensive.

And, well, I have to send off all of the policies I have written (stolen from another minder and edited) saying what I would do in any given situation, which you know, when kids are involved, is never as straight forward and text-booky as anyone would like. £28 to process this.  Credit card.

THEN someone will get to come to my house, which no doubt Dave and I will have panic-tidied into oblivion and I will have my showhome-for-a-day, which will be nice and then IF we pass all of this we get to invite 3 whole children to come and play with my 3 kids after school and maybe for whole days occasionally.

Except at least I get paid for it.

And probably taxed brutally for because it's a second income.

I'm just a girl, with a shit ton of bills who wants one good, steady income without any faff.

Why is this too much to ask?

I just want a job where I get paid, can work as much as I can and need and can progress.