Tom comes home with a letter from the school.

A small number of vacancies exist for children to have lessons on violin/viola/cello...."

...stuff about commitment and practice...

Yeesh, take that right in the face.

"Lessons are free if you are in receipt of:

We are just over the bracket of a sizeable enough income to exclude us from any kind of benefit, thankfully (apart from the bastarding life-saving Working Tax ones which they keep messing up, grr.  But really - thank goodness for them. Otherwise we would be homeless by now!)

But three installments of £77?

At the moment, that's a week's worth of shopping.  Two and a half weeks most months if I'm honest.  It's amazing how far a big bag of pasta can stretch between five and a dog.

Tom came home buzzing about having tried out the cello: " I was SO good at it, mum!"

He's scanning my face to see what I'm going to say.

In his heart of hearts, he knows I'm not going to deny him access to something he is passionate about or could be really good at, so we have the conversation:

"You'd have to practice every. single. day."

"You'd have to perform in the school orchestra at events and stuff.  No option not to." 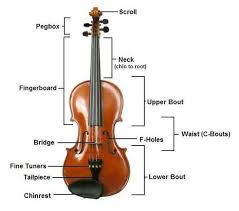 Then it crushes me - we've had to say no to so much over the last couple of years, he's unsure.  I can see in his eyes he's given up already.  He knows it's not a reality.

I'm unsure now whether it's because he's scared he's going to under-perform in some way, not be good enough or if he can see in my eyes the panic and the calculation of how and when £77x3 might come from over the next year.

When I was Tom's age, I learned the violin at school.  I did it for about 6 years and right into high school...until I suddenly had to pay for it.

See, my mum was a single parent and we just didn't have the money for stuff like that.

I was okay at the violin - I was no prodigy - but I enjoyed it.  I enjoyed the group of people who did music; I never felt like I fit in anywhere else really. I was good at Art, but Art was expensive - full of trips to Paris and expensive materials there was no way I would be able to get up the courage to ask my mum for.

I dodged them all carefully.  I had a job, but that paid for my school uniform.  I was the kid who got EMA to get by. That's how we lived.

I guess I always assumed that when I was married and had a job and two incomes in the house that this other stuff would just...be okay.

And it will be one day (everything crossed).

But for now, my boy will miss out.  Which is a shame.  I feel like money is the barrier to him maybe being good at music.

Maybe being a wizard at rock climbing.

Maybe being an amazing computer coder.

Maybe getting decent at football or gymnastics or something sporty enough to help him out at school with some friends.

He's not poorly off.  He has clothes that fit.  He has a roof over his head.  He has a big bloody garden to play in and gets gifts on his birthday.

We have that 'work/life/balance' thing down (at last) where he spends tangible amounts of time with both parents.

We are safe, we don't live in an earthquake zone, there's no war in our streets.

He doesn't always have what he would  like to eat, but he has enough to eat.

He has a lot of good things going that other kids don't.

And when he comes home yet again with something else that kids in his class are raving about doing, when he wants to go to the sports class, or try something new or do something out of the ordinary and I shrug it off with the age-old, "sorry, buddy, it's just too much.."...ahrgh, it kills me.

I feel like my kids are forced out of all this stuff.  I wish everything for kids to be accessible to all children, regardless of status.

It's such a shame.

What if he is the next Andy Murray?

What if he has the potential for something we cannot afford to unlock because of the monetized barriers?