We weren't surprised when we found out our youngest was deaf, it was actually a relief to find out what wrong with him. It was something we had known about for ages but the wheels of the NHS grind unbearably slowly.

Thomas, our eldest son had been really quick in his development. He was talking by the age of one and holding full conversations quite easily by the time his brother was born when he was two. Ethan on the other hand struggled to get going with his speech, didn't interact with us in the same way and wasn't interested in story books. We spent a lot of time questioning ourselves our parenting. Was this second child syndrome?We were pretty knackered as Ethan was (and still is) a terrible sleeper.

We also at one point questioned whether he might be autistic. A lot of the symptoms are the same- lack of concentration and interest in activities, difficulty playing with other kids, delayed language development, frustration.

Eventually we saw the specialist and a whole new battle started. He was tested, we realised our wee boy was deaf and the consultant suggested that we do nothing. "Let's test him in 6 months, hopefully it will improve. We don't like going down the surgery route anymore."

Everyone had their tonsils out when I was wee and as far as I knew grommet insertion was a pretty minor deal. I couldn't see the value in waiting another 6 months, but he was the expert and deals with these things all the time so we accepted his advice and went home for another 6 months of frustration and tantrums. Looking back I wish we had forced the issue straight away. If I had trusted my gut and pushed harder for surgery we might have avoided a lot of tears and misery.

At the next appointment a different consultant, directed by our concerns, referred us immediately for surgery and about 2 weeks later he got his appointment. Although we were relieved we were really worried as well. After all, we had been told they don't like to dish out surgery anymore and there is always a slight chance things could go wrong isn't there?

I did a bit of googling- bad idea! The whole thing looks pretty disgusting.

But then I checked out the NHS website and it did help to put my mind at rest, at least a little.

We were a bit anxious about how our wee terror would behave in the hospital so we spend quite a bit of time in preparation. In his bag of tricks we took:

1. Loads of books
2. Pyjamas
3. Pull ups
4. Stitch (The stuffed toy he got at Disneyland after Stitch picked on his dad in the Live Stitch Show- much to his glee!)
5. Cars
6. Jake and the Pirates toys


We got there feeling ready for a long, boring wait, but were greeted by friendly nursing staff who allocated him a bed and showed him straight into the playroom. He was totally in his element and so relaxed in the setting. He let the doctors examine him without a word of complaint and didn't say a word when they put the anaesthetic (magic) cream on his arm. The staff were all really skillful with their distraction techniques and to be honest I think he didn't really notice what was happening.

When it was time for the operation itself he was allowed to drive to the operating room on a really cool toy car and was distracted with an Ipad while the doctor put him under. This was honestly the only difficult part for me. Once the anaesthetic his his blood stream he faded like a light. It was surreal to see him drop off so suddenly, and then we just had to leave him in the capable hands of the doctors. He just looked so wee and defenseless.

I felt a bit guilty and a bit anxious as we sat in the waiting room, but after about ten minutes we got the call that he was finished and on his way back to the ward. And that was it, except that he slept for about 2 hours after the operation. Other children came and went and we just sat there watching him sleep. It was the longest and most boring part of the day. Eventually he woke up and we got to go  home.

All in all his care was fantastic and the staff were all excellent. I just wish that all hospital wards were run in such a friendly and open way.

His recuperation period was fine as well. Just a few spots of blood and some tears about wearing cotton wool in his ears in the bath. We solved this by all plugging ourselves up and calling the improvised earplugs 'Santa's beard'.

Since the operation his life has changed so much. He talks; actually we can't shut him up. And pretty much straight away he stared correcting some of the errors in his speech. I do miss some of these though. Never again will he tell me, "I c**t do that daddy!"
It feels great not to have to shout to get through to him, although there is always an element of selective deafness in every child!

He is much happier as well now. He gets on much better at nursery, plays so much more appropriately at home an his imagination has flourished as well now that he can actually interact with his surroundings.

We are unbelievably glad that we did force the issue and push for surgery. It has made all the difference to our 3 year old and his quality of life. Now if we could just get the wee monkey to sleep all night in his own bed... 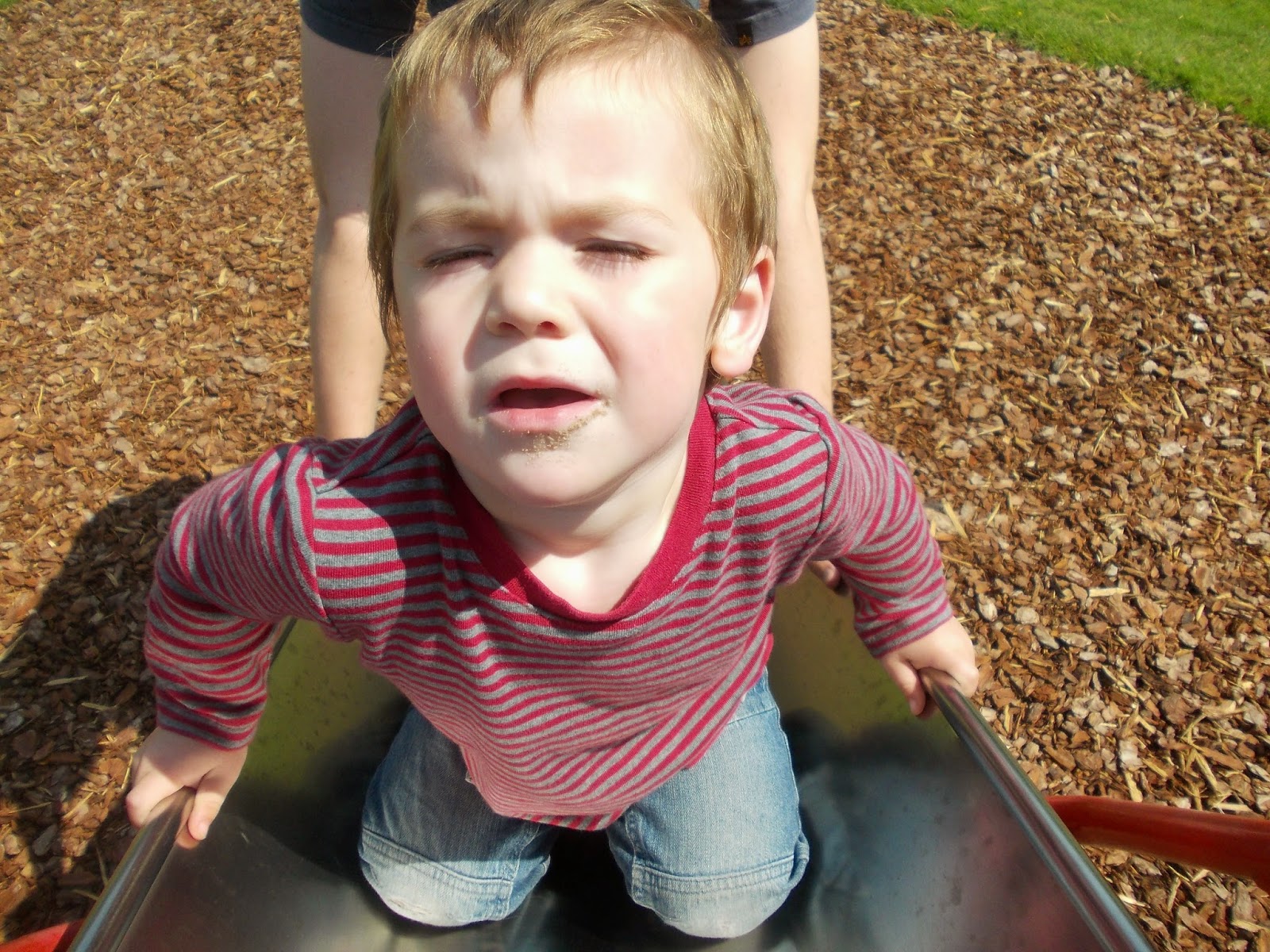