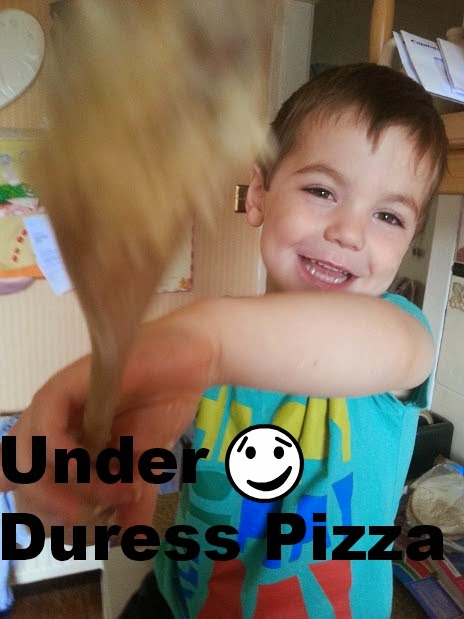 Mealtimes can be hard.

Two small boys who clamour for food most of the time is a challenge I meet daily.

Actually, who am I kidding?  Pretty much hourly.

'Can I have a snack?' (re: everything in the fridge)

or the classic, 'I'm finished, but I'm still hungry!'

It's like living in a continual Masterchef judging hell-pit.  They are fussy little buggers.

'It's got green bits'

So when we make something from scratch that has fresh ingredients in it and they eat it and love it and want it, we MAKE it.  We make it so hard, we make sure that we make it the most makiest way ever until we are so done with making that we can't make anymore.

You get the picture.

Thus was the case when we dropped Tom off at school this morning and Ethan caught the smell from the school cafeteria.

'Yes, we can make pizza'

'We make pizza when we get home mum?'

'But we gonna make pizza mum, we can make pizza?'

'Yes, shoosht, we are going to make pizza.'

*tries to talk about something else, gets overrun with...*

'We can make the pizza now?'

Joke - we made Pizza.  Do you honestly think I would get away with it?

So here's my Under Duress Pizza.  It was 9.15 a.m. Nobody should have to make, cook and eat pizza by quarter to 10 in the morning, but that's what we did.

Because he is 3 years old and CRAZY.

And I am a total pushover.

Passata
Grated Cheddar
Sneaky Veg for underneath (if you are feeling like being all healthy and sneaky.  I wasn't.  It was too damn early to be making pizza) 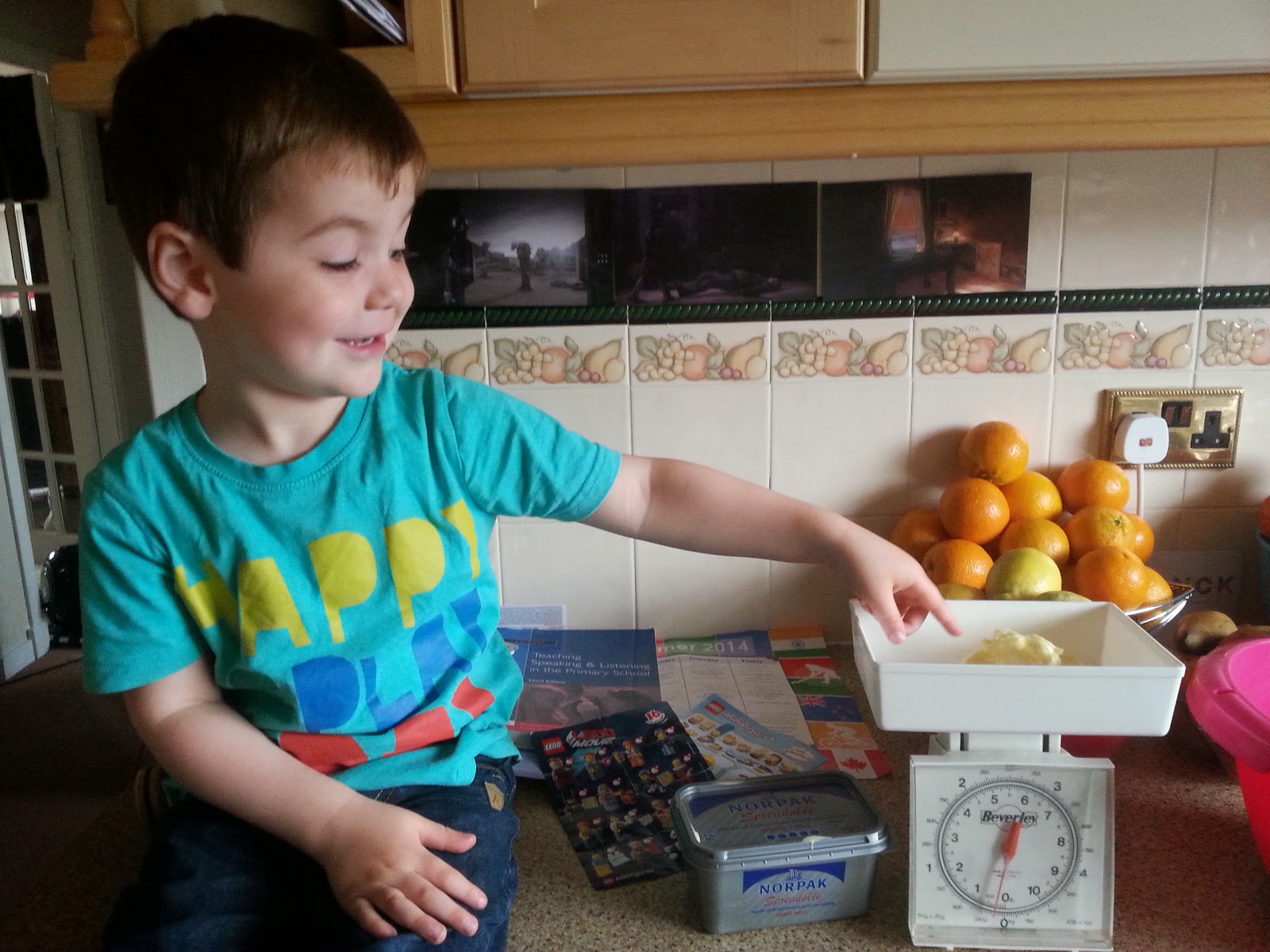 If you are feeling especially brave, allow the toddler to help.  If you want a long, drawn-out experience where crazy comes to stay, let the toddler sit on the worktop beside you while you do your damndest to stop him from basically tipping flour and butter all over the floor.

Guess what I got to do? 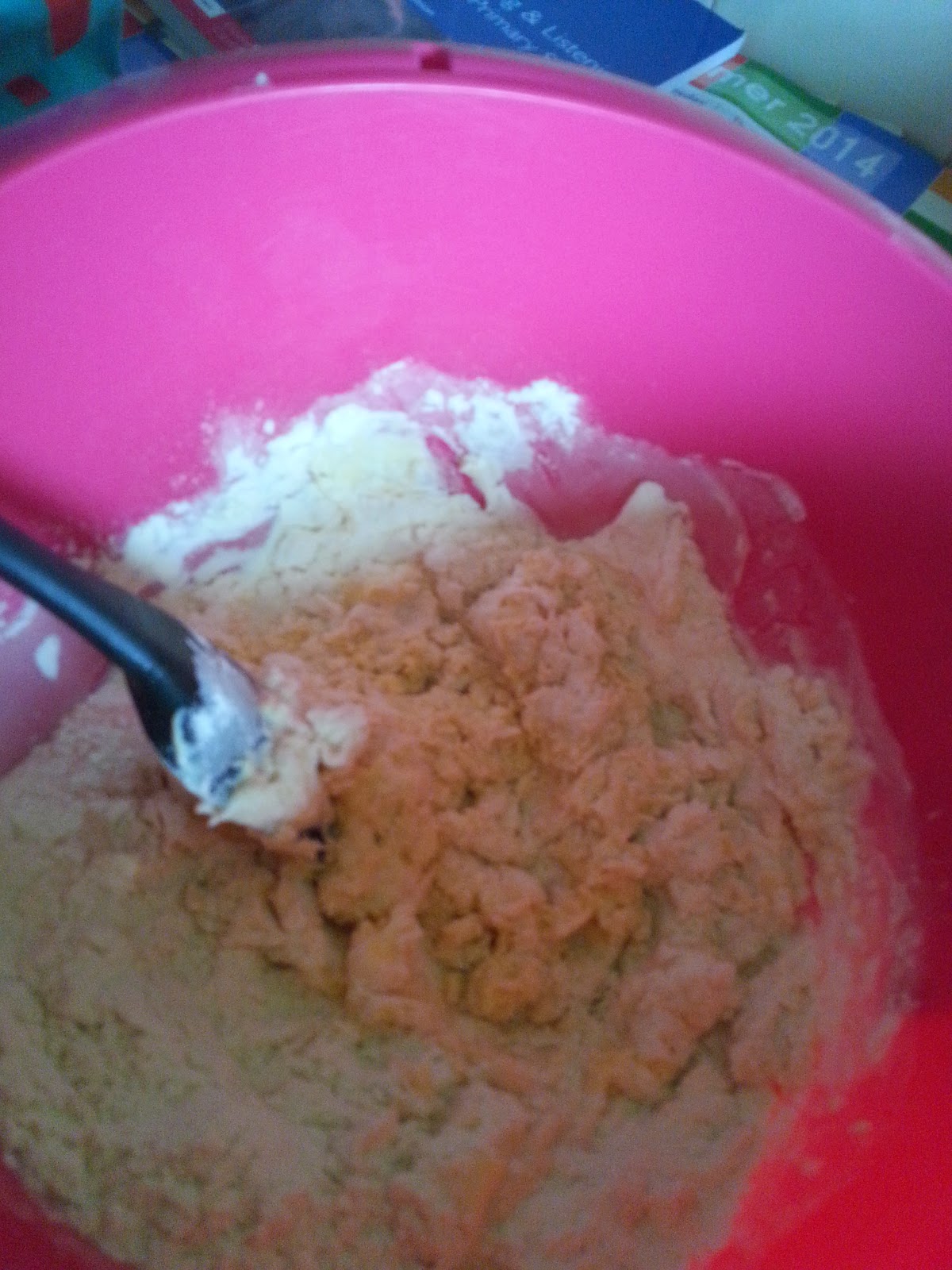 As toddler allows, put all ingredients in a bowl and mix.  If toddler is there you might need two spoon so he can 'help do mixing' ie. steal both spoons and proceed to eat the raw dough while coercing you into doing the same.

DO NOT eat the raw dough.   Ignore the small child doing the same.  Or not.  Apparently anything will encourage him at this point.

Finally, roll out dough into a thin bed for you to spread the passata on. 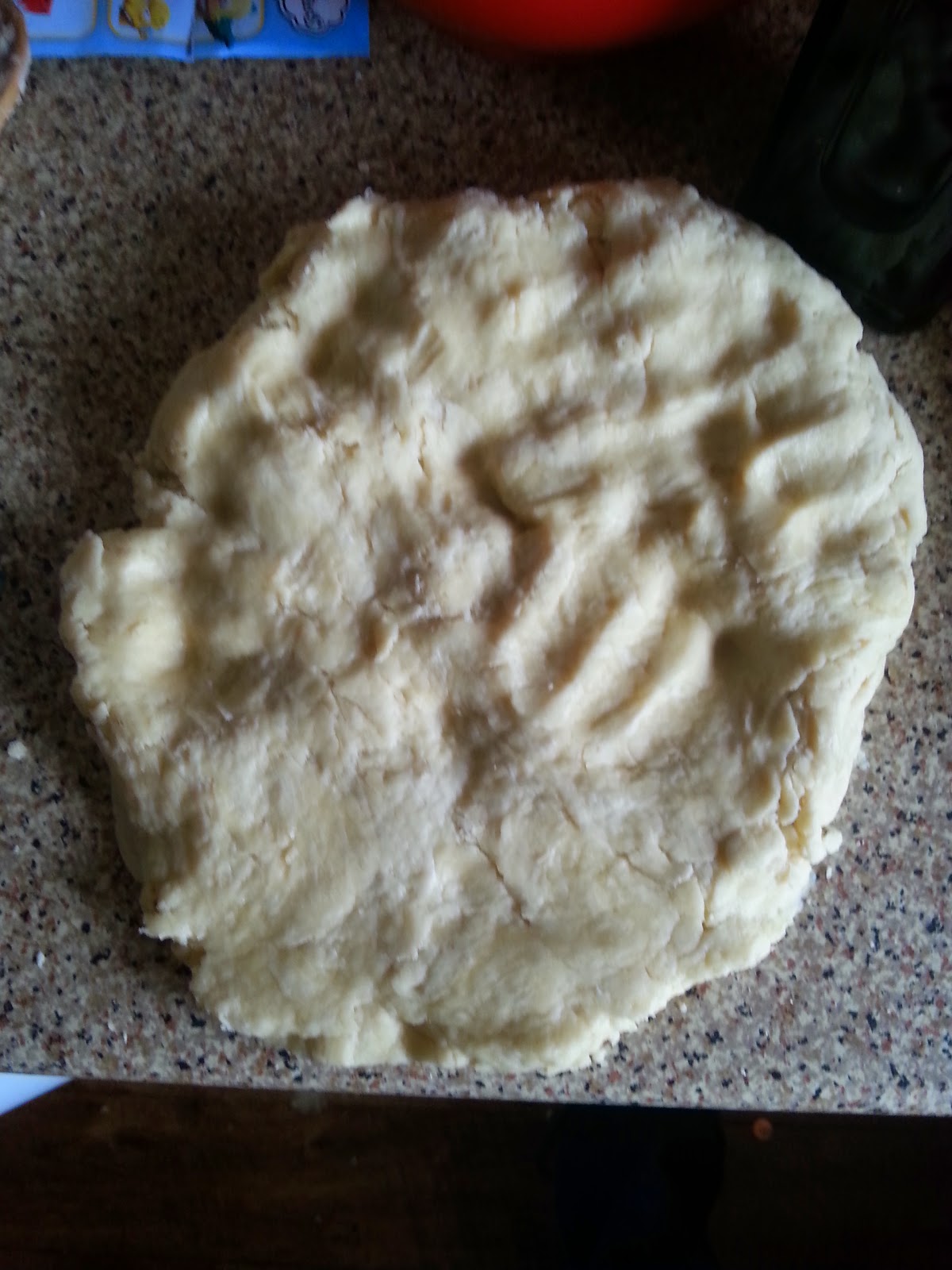 This might take a while as toddler will insist on 'helping' of course, mainly by stealing a bit to use as 'playdough' and then mashing it back into the pile, thus ensuing you have to start again.  Don't aim for perfection.  Aim for 'that'll do'. 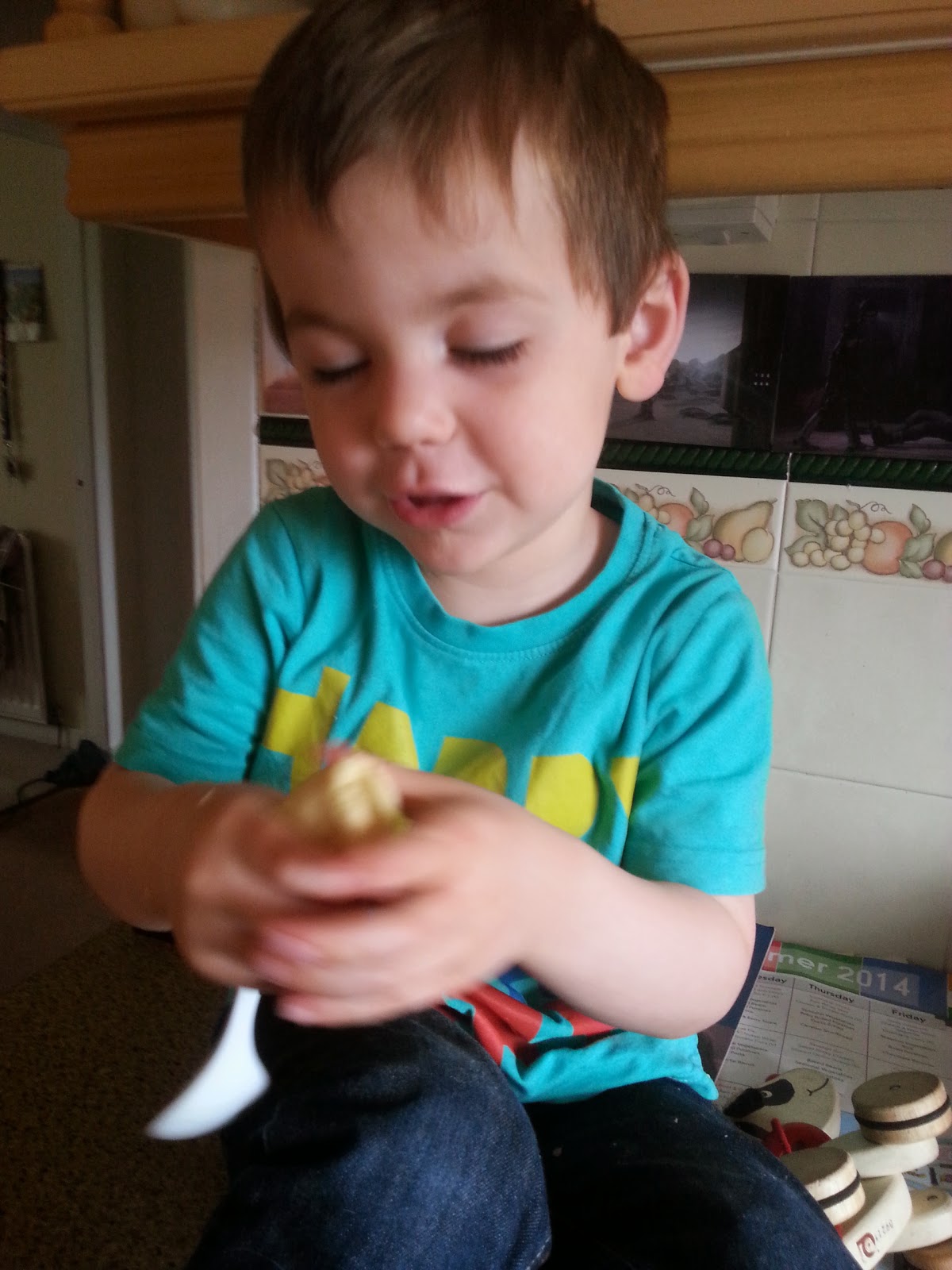 Spread passata on while toddler screams about wanting yellow sauce instead of red.  Argue with toddler about colour of sauce for 10 mins before conceding that red is yellow. 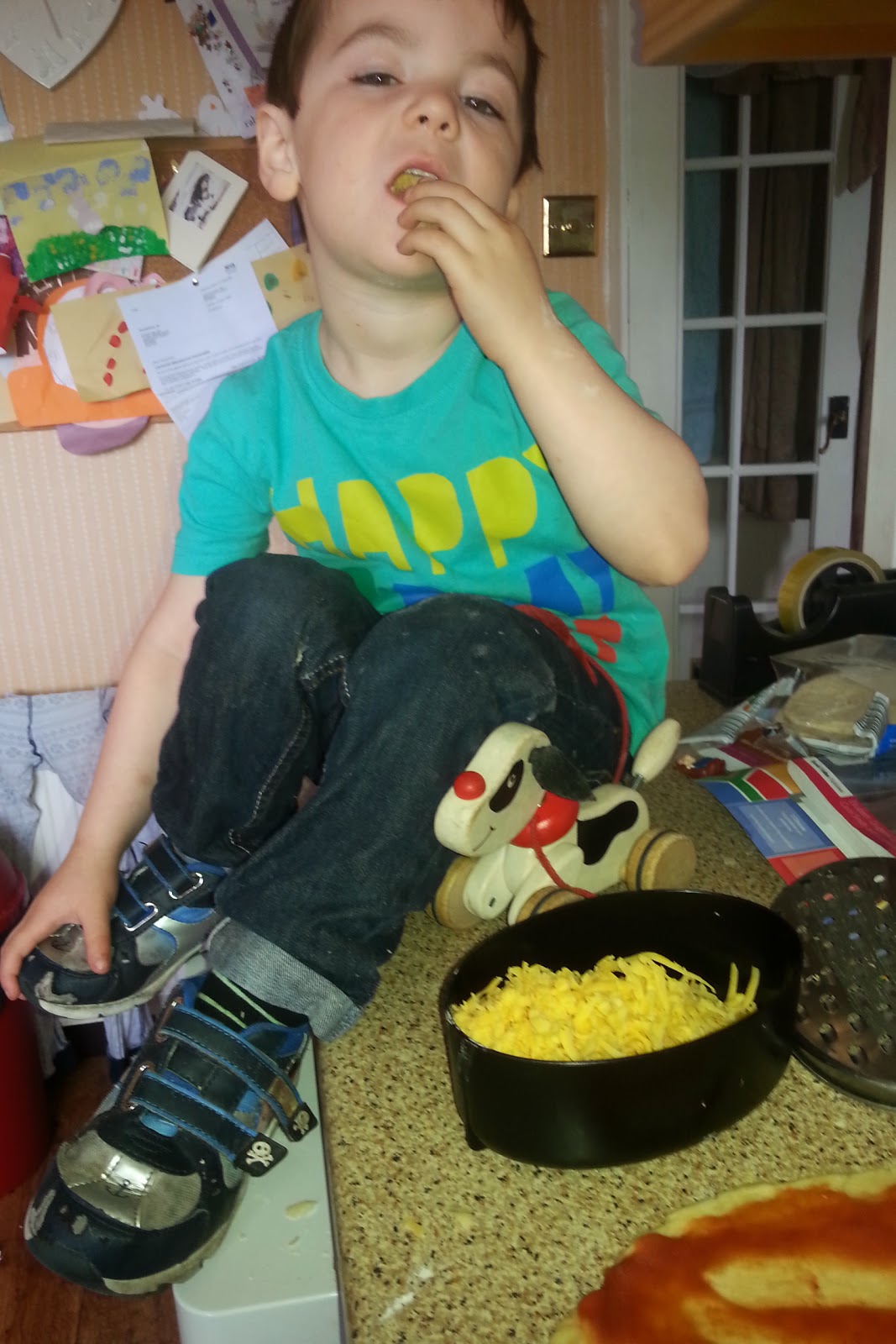 Grate cheddar. Allow toddler to steal cheddar to keep him quiet.  Try not to lose temper - you are very close to the end.
Steal some cheese in comfort-eating moment of glory.  You have earned it.  Fuck it - you can grate more. 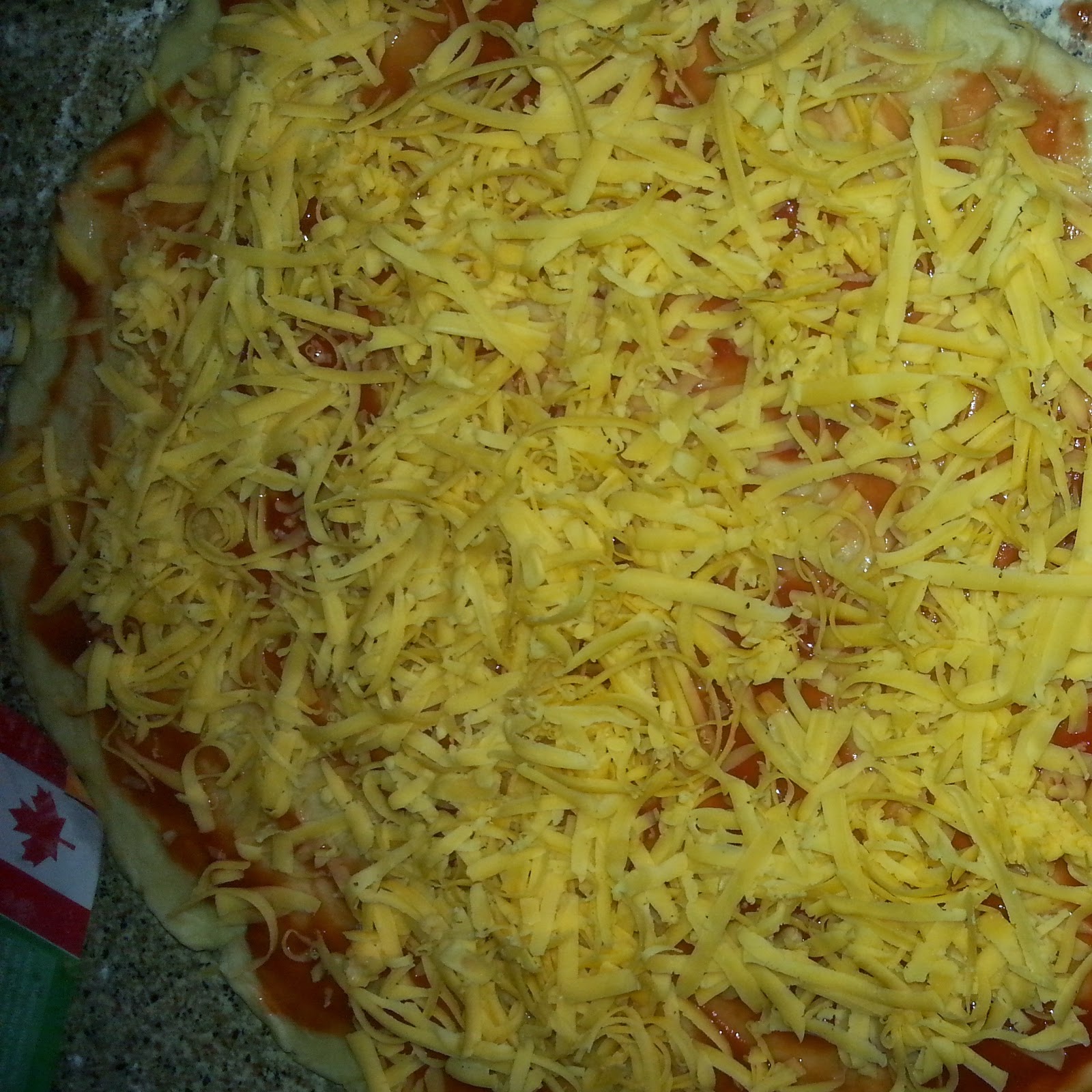 Sprinkle cheese on pizza and try to convince toddler to save pizza until tea time, or even lunch.  Give in to angry, desolate wails of doom and slice up pizza so you can stick a slice in the oven for him.

Console crying, angry toddler who is sad that you have 'broken' the pizza.

Mash 'slice' back into pizza base in an effort to make it look as though it has never been sliced. 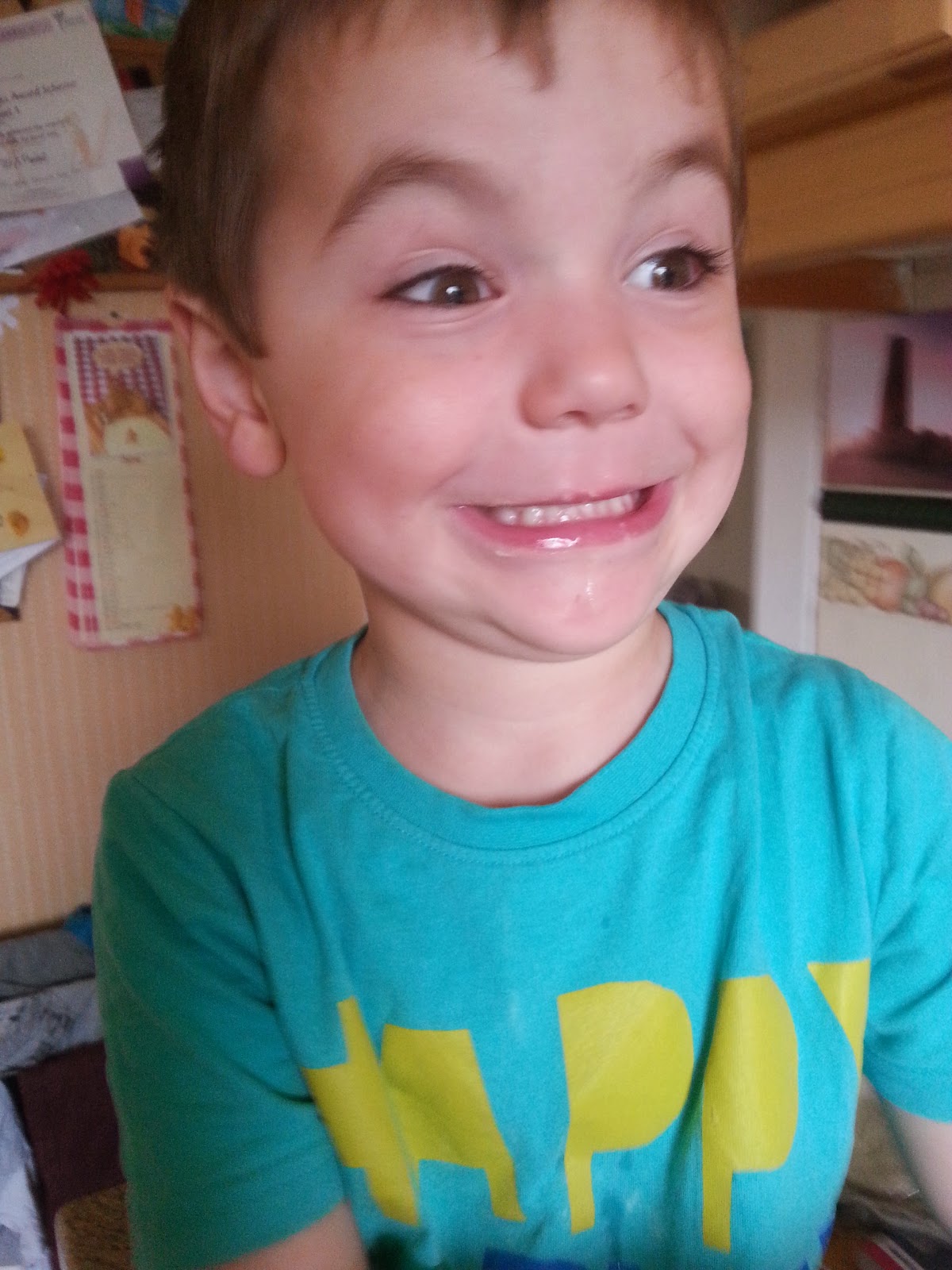 Take him into living room and sit him in front of Peppa Pig while you wait.

Present him with pizza.

Watch as he cries because it is too hot.

Wait until it cools.

Watch as he won't eat pizza.  Cajole him into trying.  Despair as the little sod refuses and asks for yoghurt instead.

Send him to nursery for the afternoon and become so relaxed and carefree after crazy pizza debacle that you leave slice on table.

Watch the little bugger eat the whole slice as soon as he comes home from nursery while he is waiting for the pizza to cook for everyone else's tea.

Wonder why the hell you bother sometimes. 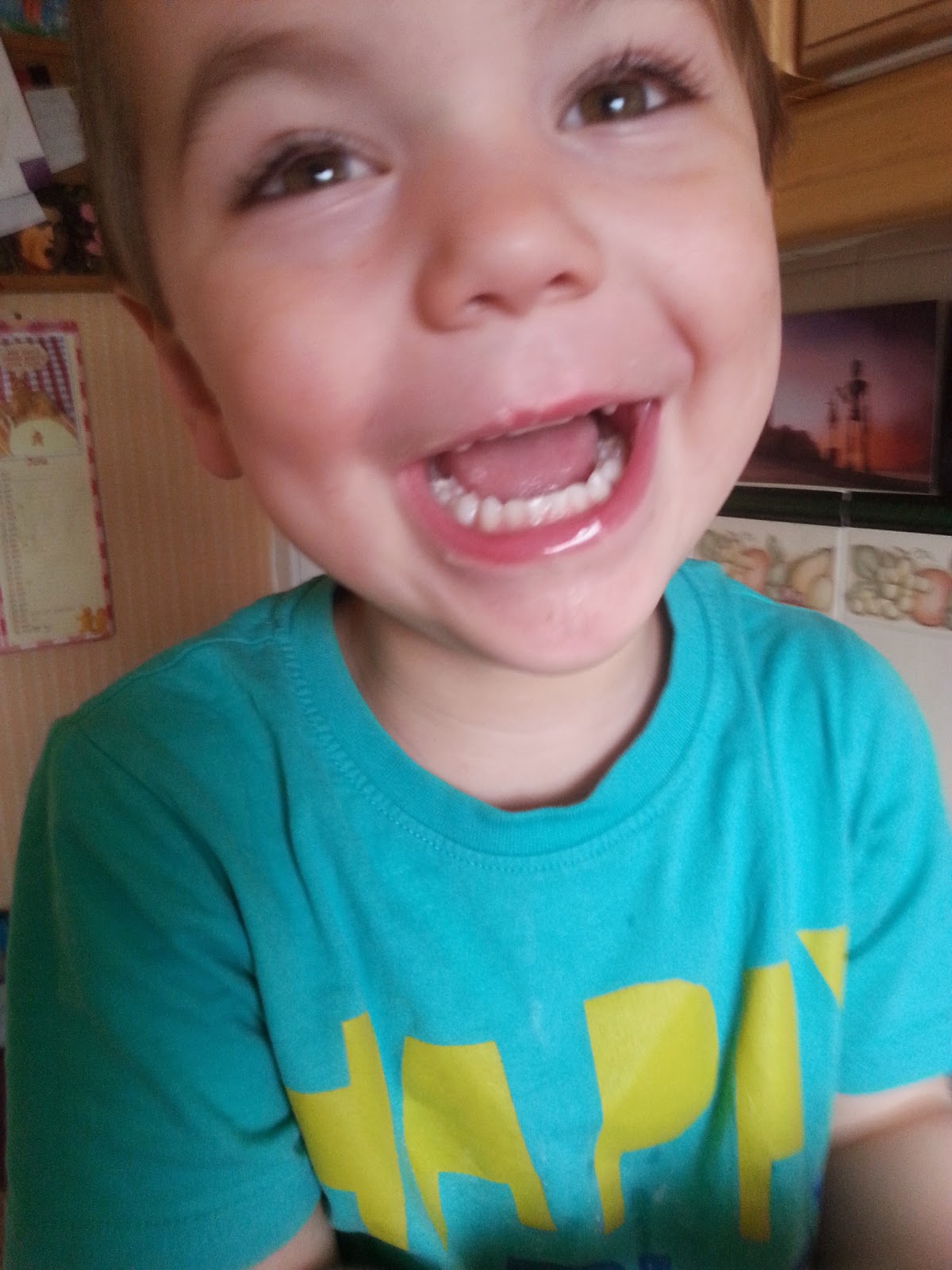 The things we do for our kids!