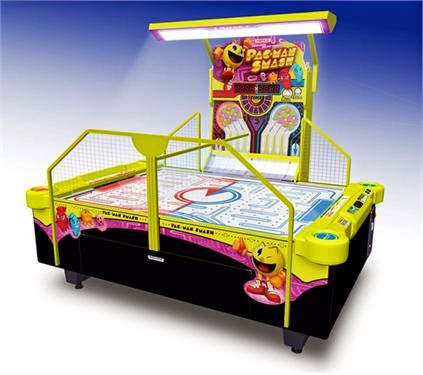 Okay, so this is going to seem a little off the cuff.

But, as a huge theme park/funfair/ carnival aficionado, I have played my fair share of table arcade games.

I was slightly apprehensive about trying this, as it's slot fee was £2 for a game, but being situated among other much cheaper (and I have to say, very reasonably priced - you would be hard-pushed to findf anywhere so cheap for arcade games these days!) arcade games in Pleasure Land, Arbroath, I was keen to see what the fuss was about!

Plus, it had it's own special area within the arcade. 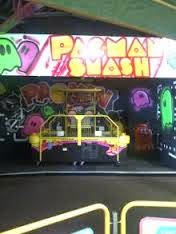 So it starts as your normal air hockey game.

Then - a shed-load of pucks fall!

It was so much fun!
Look what it does!

I will definitely be adding this to my 'things to get when I'm a Millionaire' list.

Or maybe this can be my equivalent of a mid-life crisis when I have to spend £20000 on something ridiculous because I am getting wrinkly?

Much better than one of those penis-extension sports cars.
- June 22, 2014