I AM NOT A SPORTS FAN!

I have however been made to watch a lot of sport against my will this evening, so consider this post a product of my ever-amounting rage at  the torture-fest that is organised sporting events interrupting the television schedule/normal life. 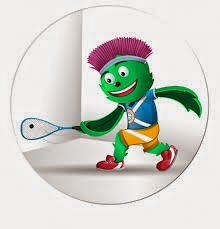 I have just spent more time than anyone should have watching this on the TV.  Two people, in a box, hitting a ball off a wall.  Isn't this just the very same game you used to play when you'd been inside a bit too long in the summer holidays, driving the adults insane.  Your mum would lose the plot with you and shout at you to 'Get Out!', and you'd traipse woefully to the garden, tennis ball in hand.

You'd spend virtually hours playing this game by yourself outside, because this was the week your best pal was on holiday, or it was the last week of the holidays and everyone was completely fed up, so you'd take it out on the harling stone outside your neighbours' house, which would no doubt bring them running out to tell you to bugger off even further up the street to bother someone else.

Why are grown people playing it now? 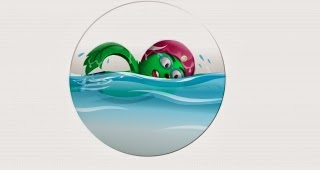 Okay, I am impressed by fast swimming.  I'm not a big swimmer, so I am always impressed by something I can't do.  But what I am not impressed by are the varying strokes.  There's nothing more odd than watching grown, muscly, beautiful-bodied men doing the Butterfly stroke.

Why?  Why are we making them do this?  They look crazy.  And also, hello!  It makes them go slower!

People do some funny things for money in this world, but this swimming oddly in a stroke that serves no real purpose has to be up there with one of the weirdest. 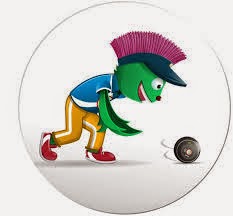 Right. Lawn bowls.  This is the game I am imagining I'm going to get into when I'm old.  Why?  Because, basically, it's an excuse to join one of those wee clubs where there'll be other older folk and more importantly, there will be a licensed and cheap bar, selling nips and a dash for £1.50 and packets of peanuts.

Which I am going to propose is the only reason Lawn Bowls is really still alive as a sport today.  I think it's probably one of the world's best-kept secrets - Lawn Bowls = cheap drinking on the sly, which is why Scotland's Commonwealth Games opened with it.  Like a sly wink to the guy behind the cheap veneer bar. 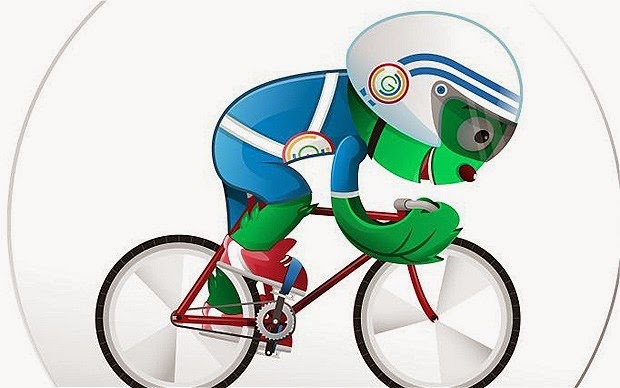 I caught this the other day.  Kudos to the sports people who are taking part in this - it is equal parts brave and talented to be able to work as a team like that, whizzing around the track at speed on a very thin, tiny, tandem bike.  Especially as part of the deal is that one of you is visually impaired.  Hats off to the men and women who compete in this sport.

My only qualm is - the person at the back has to put their nose on the person in front's bum!

It must be a streamlining thing or something (they were all doing it), but it does look pretty funny.  Definitely a 'bum' deal...(geddit?)

The tagline for this sport is 'Agility. Precision. Focus.' and I am in no way disputing that this is what you do in fact need to be a successful Table Tennis player.

But when I was at school, Table Tennis was the lazy bastard approach to P.E.  Nobody took it seriously.  Indeed, our teacher was so annoyed by our lack of interest in physical exercise by 4th year, and the amount of girls who managed to pull out of the class every week, that she began to just let us mooch about beside the Table Tennis table for a quiet life.  Where we did nothing.  No precision, agility OR focus there, let me tell you.

The only other place I ever saw Table Tennis being played in real life and not in Forrest Gump, was at our local Youth Club in the early 90's.  By two wee boys who battered a ruined ping pong ball with those table tennis bats, which were so old, the foam had been either picked (or chewed?) off, or the very glue that had held them together had failed and the foam was just flapping about.  It never struck me that when someone was buying the resources for anywhere that they would add 'table tennis equipment' to the list, so again, I am a bit surprised that this has ended up as a sport that lots of people compete at.