5 books that defined my teenage years

With the sad news today that the fabulous Sue Townsend has passed away, aged just 68, I thought I'd take some time to acknowledge the role her character Adrian Mole played in my teenage years.  As an adolescent, Adrian encapsulated all of the feelings I had, all of the frustrations, and made me laugh too.  Despite being written in 1984, the year I was born, his struggles still resonated with me 14 years later. And then I thought about all the other stuff that made me, well, me.  And I laughed.

How very funny it is to look back on the crazy teenage years. 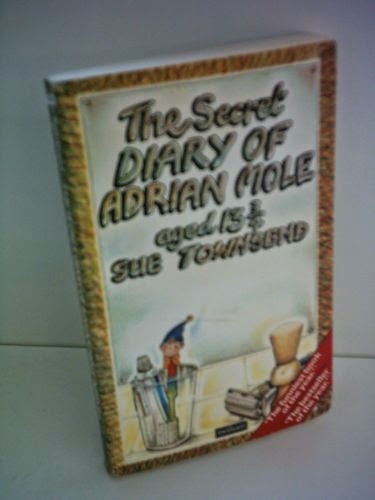 The boy at the edge of despair 99% of the time.  The only guy who understood my feelings about my parents, about growing up, about old people and about love.

Now, I occasionally tutor high school students in English to prepare them for exams, and one particular boy I tutored needed help in finding something that he could read.  Reading wasn't his thing - in fact he really didn't enjoy it.  But the thing is, you only get better at English when you see it in action, so I was desperate for him to read something.

I went to my local bookstore and bought a copy of Adrian Mole for him.  I took it to him and gifted it to him, in the hope that he would read it.

It was really cheap copy, and not the older cover that i was used to.  It was clean and crisp and white, and I noticed a fancy gold label on the front.  It read '30 years celebration edition'

How often is it that we can take a modern book like that and pass it on to younger folk and find that it still has resonance for them? 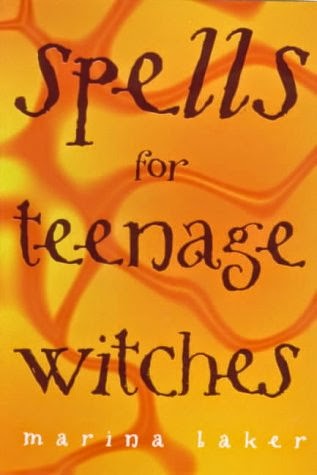 Yup, I was a teenage witch.  I spent more time than it is comfortable to admit following the spells in this book.

I can't completely remember, as my adult brain is trying to get far away from admitting this ever happened, but I'm pretty sure I spent a lot of time in my local park tying coloured string around trees.  And drawing pagan symbols with dripping candle wax.  And pretending to my friends that I would bless their doomed love lives with my home-made blessing scrolls.

3. The Golden Compass (and the rest of The Northern Lights Trilogy) 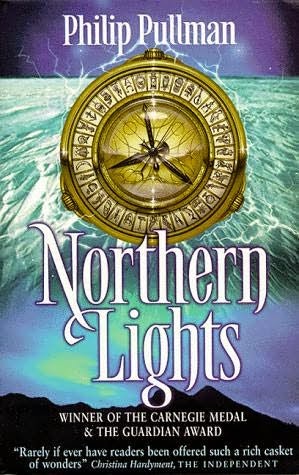 I remember the surly man at the desk in Waterstones who every week had to tell me that The Subtle Knife wasn't in yet.

These were the days before social media and Amazon, and the only pre-order was a rather sketchy system that they used in Waterstones, where you may or may not receive the book you asked for, within 6 weeks of it's release.

I made sure to bug that man every week, and sure enough it came just three weeks after the release date.

The world of Lyra Belacqua is such a mysterious and enchanting one - it was such an amazing first read, especially as a teen.  The film was very disappointing though.  I always felt it would have done better as a long BBC series - like they did with Narnia.
Phillip Pullman's work will always have a place in my heart.

The fluff of it's time, and still popular now, Point Horrors really made me shiver.  Once I hit a certain age, they lost their appeal, but in my early teens, these really got me going!

I wasn't easily scared, really, but I did have one hell of an overactive imagination.

These books were the ones that spawned, for me, running very fast once you turned off your bedroom light and jumping under the covers.

'Cuz the covers would save you from the skeleton wielding a knife, you know? 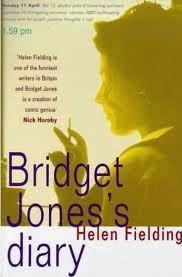 When I hit 16, I was ready to be a woman.  And I took my love life very seriously.  Therefore I was Bridget Jones.

Despite being at least 15 years too young.

I was in love with Mark Darcy.  Heck, this book even got me watching the Pride and Prejudice with Colin Firth in it, over and over again (mainly just the wet shirt scene).  I lusted after bad-boy Daniel Cleaver and I felt Bridget's pain of being the eternal Singleton.

When the film came out, I loved it. The audience at the cinema all did too - it was the only time I've been in a cinema where everyone clapped at the end.

And I bought the soundtrack and stayed up late singing All By Myself  on my CD Walkman, headphones on for full morose effect.

I was a strange lassie.

What are your favourite teenage reads?  I'd love to know!  Anything as embarrassing as mine?