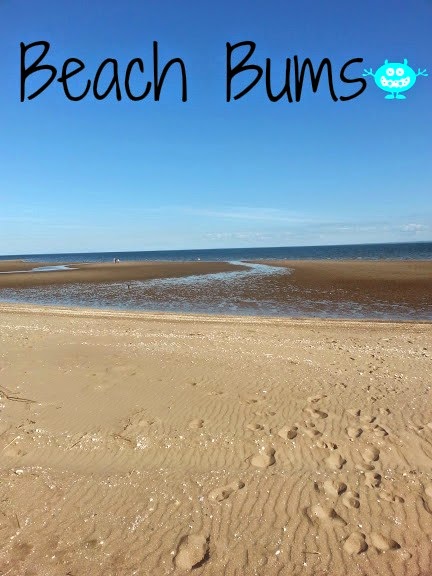 Not to mention two small children who like to do anything BUT sit and make a sandcastle.

Previous trips to the beach with my two can be summed up quite nicely by the poem by Just A Normal Mummy.

Please read if you have ever had a shit time at the beach with babies!  You will not be disappointed!

I'm going to be quite smug, and probably jinx the next 40 trips to the beach by saying this:

We had a really good, calm, happy time at the beach the other day.

*looks around to see if sky has fallen in.  Nope.  Carries on, touching wood*

It was so good.

I drove us to the beach, after school and nursery, we ate ice-cream, the kids wore shorts and t-shirts and went paddling in the water, coming back to base to build sandcastles, be buried in the sand (which Ethan thought was absolutely hilarious!) and then at the end, clambered back into the car and went home for tea.

Maybe it was some kind of twilight zone on the go, but I have photos to prove it. 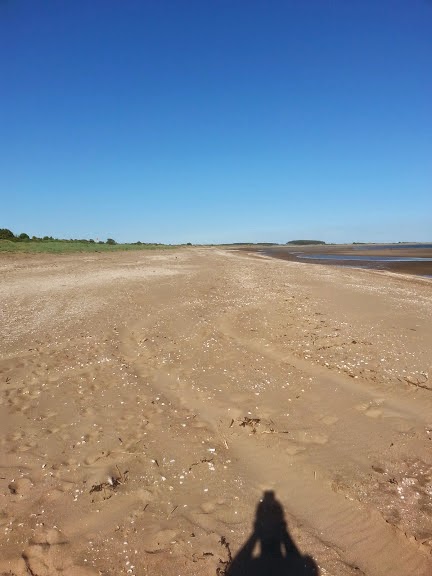 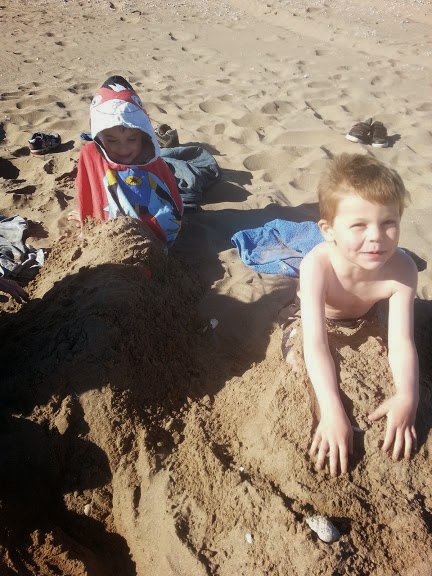 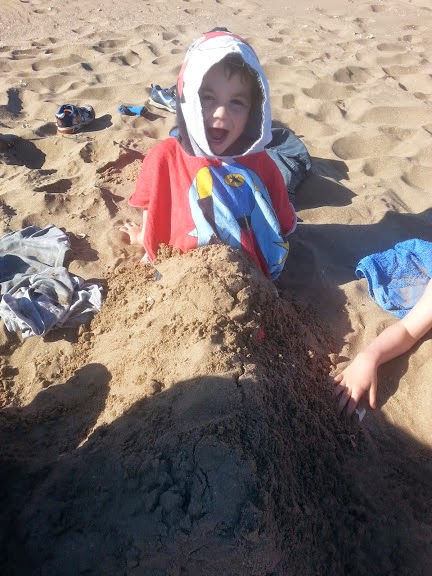 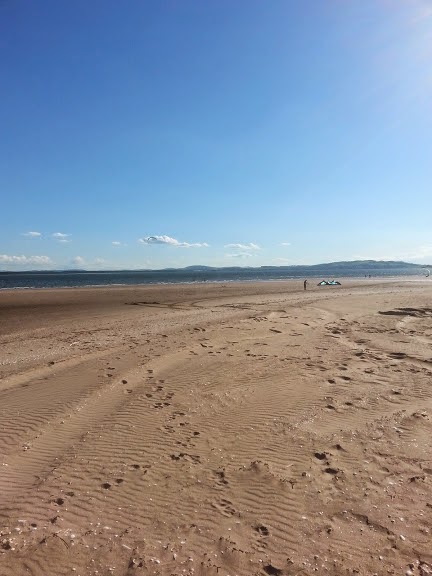 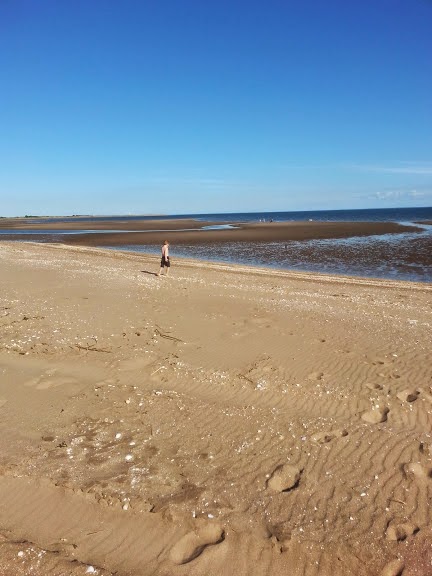 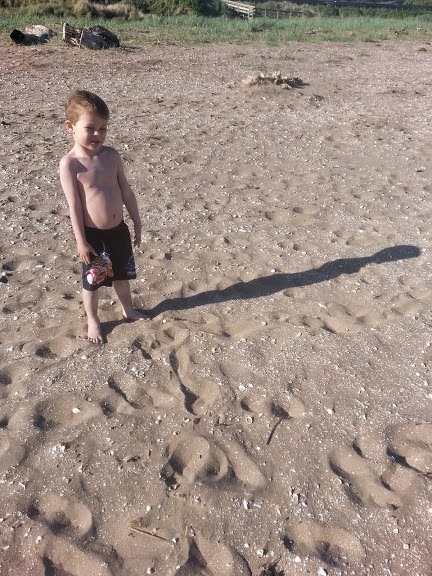 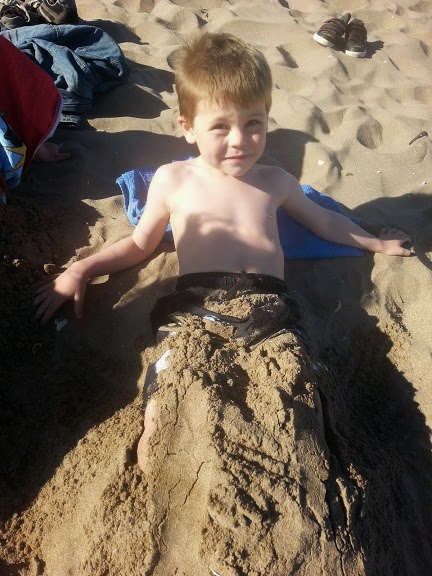