What The Blethering Boys Are Playing Today 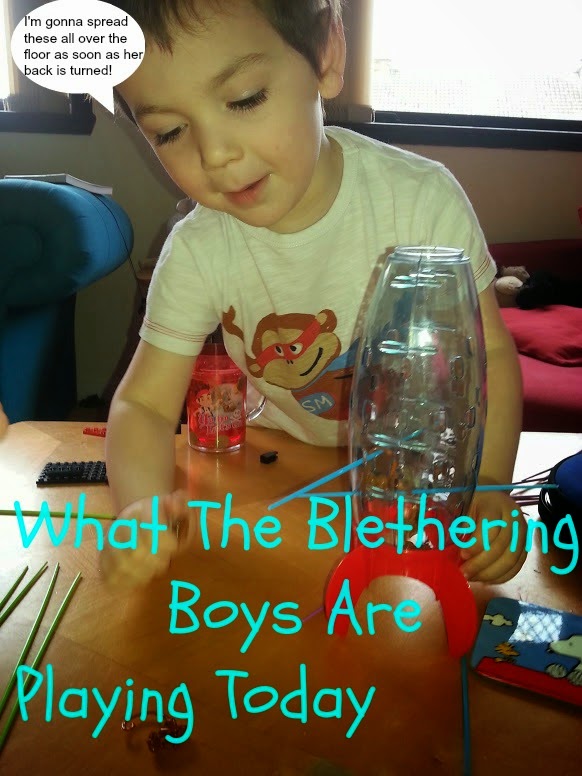 Today we are stuck in the house because Thomas is ill and cannot attend school.  He's feeling pretty rough and is going between hot and cold, so I want to make sure he has a nice chilled out day today.

On days like this we raid the games cupboard and play all of the games that usually get sidelined in favour of more active things.

I'm quite aware of the amount of time the kids are spending in front of the screen just now (it seems to be getting worse as they get older).  Between Youtube, Lego Batman2 on the PS3 and Mario on the Wii, not to mention the fact that we love to watch films, it's quite easy to drift from one screen to another. 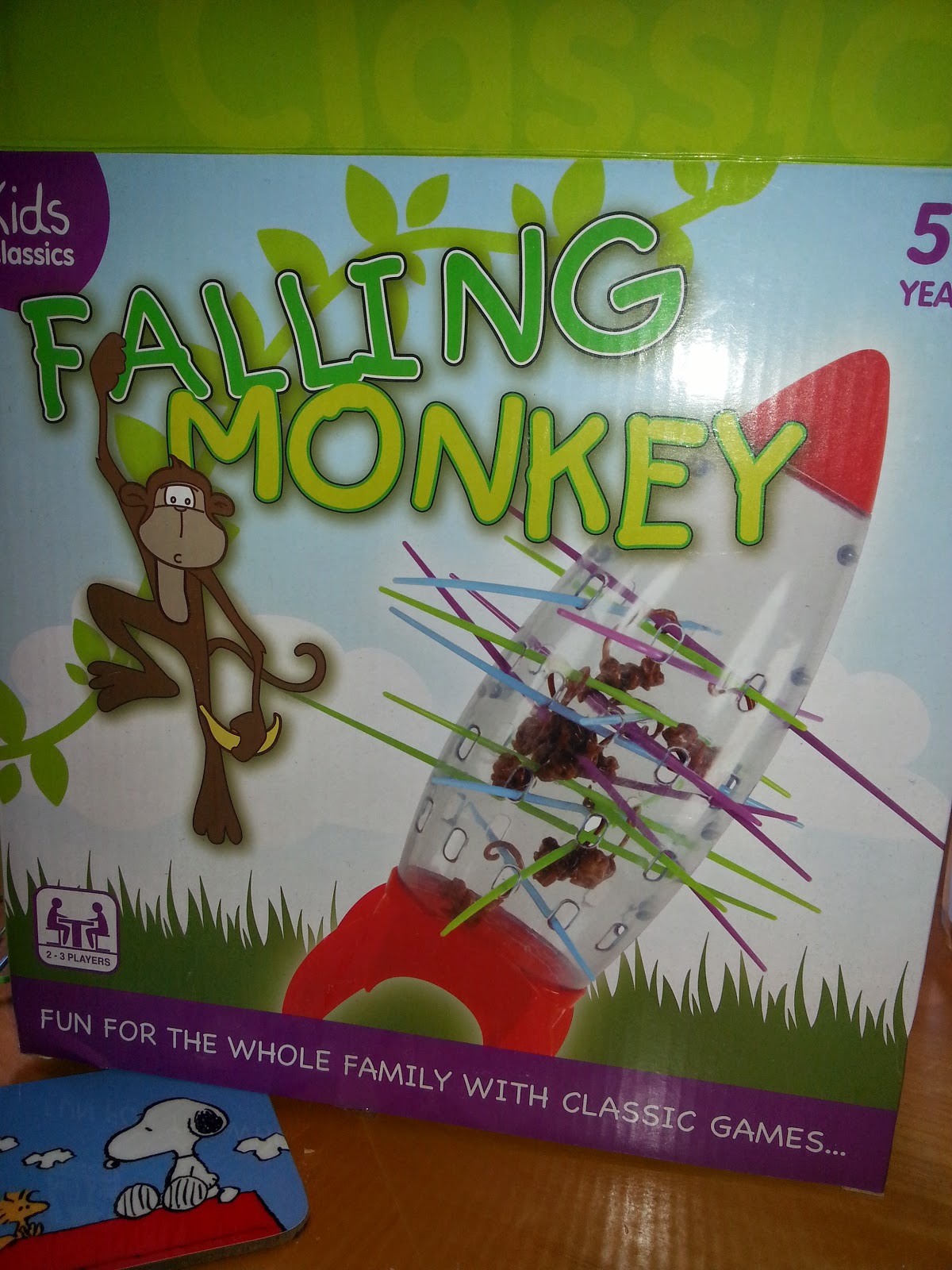 Our favourite game just now is this Falling Monkey Game.  Someone (sorry gifter, it's been a while since we played it - we can't remember who gifted it!) gave the kids this game for Xmas, and we've hardly played it due to various things such as trips out, holidays and moving house (thanks gifter, it's awesome!). 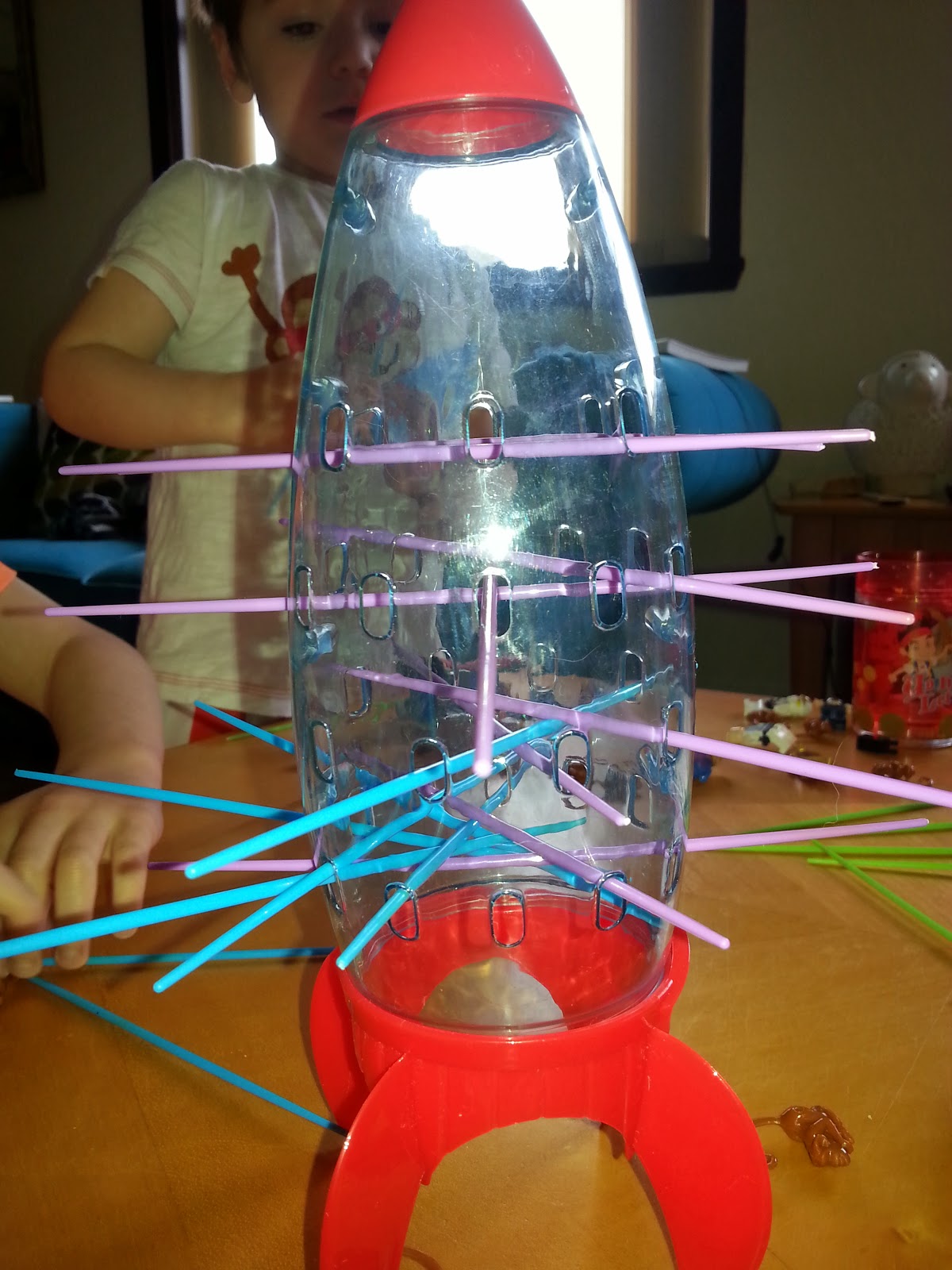 It's another version of Tumbling Monkeys, which suits us, as small bits mixed with small children means that, quite likely, small bits will end up lost.
However, the kids are having such a fun time with it, they're actually looking after it! 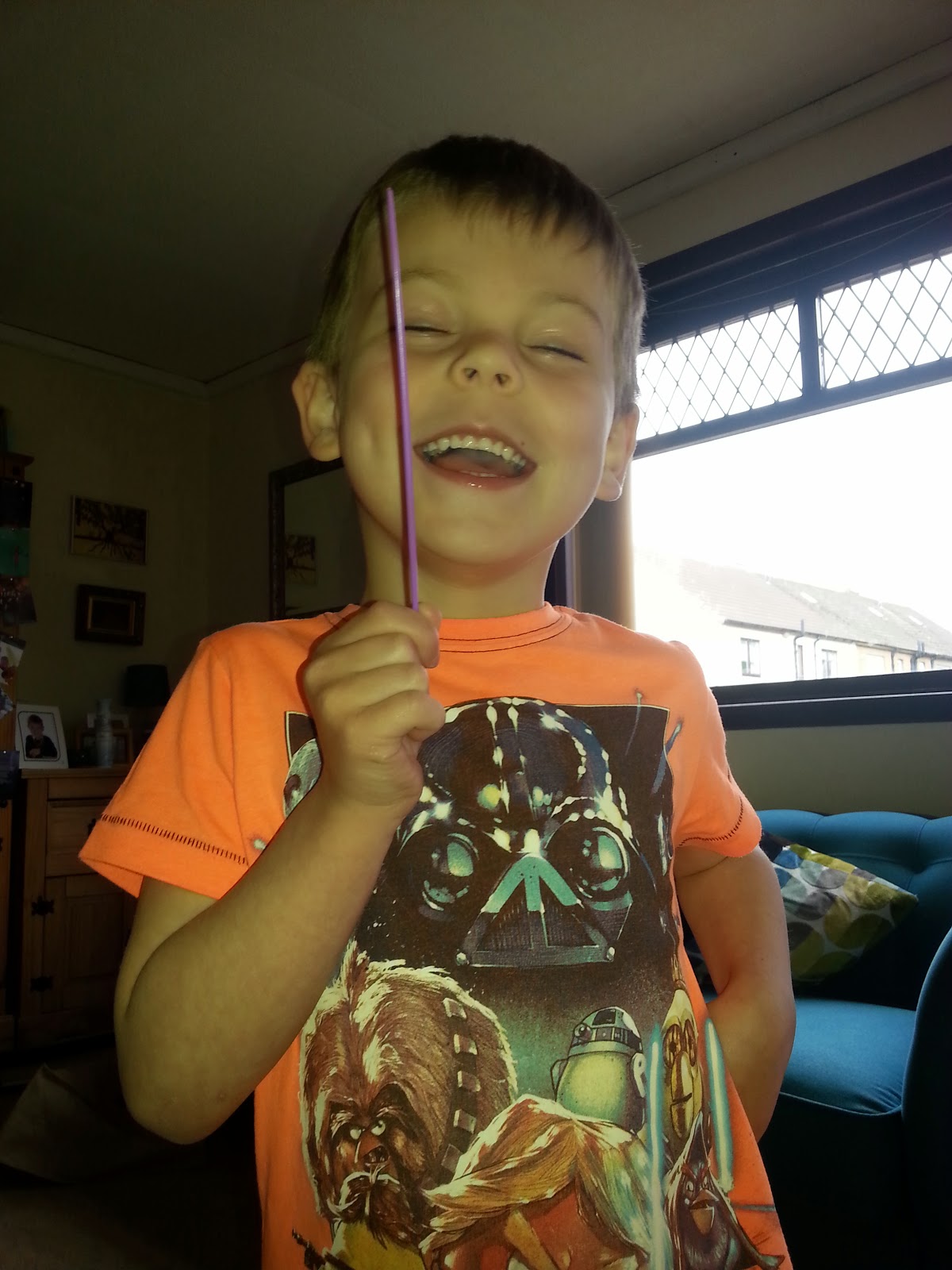 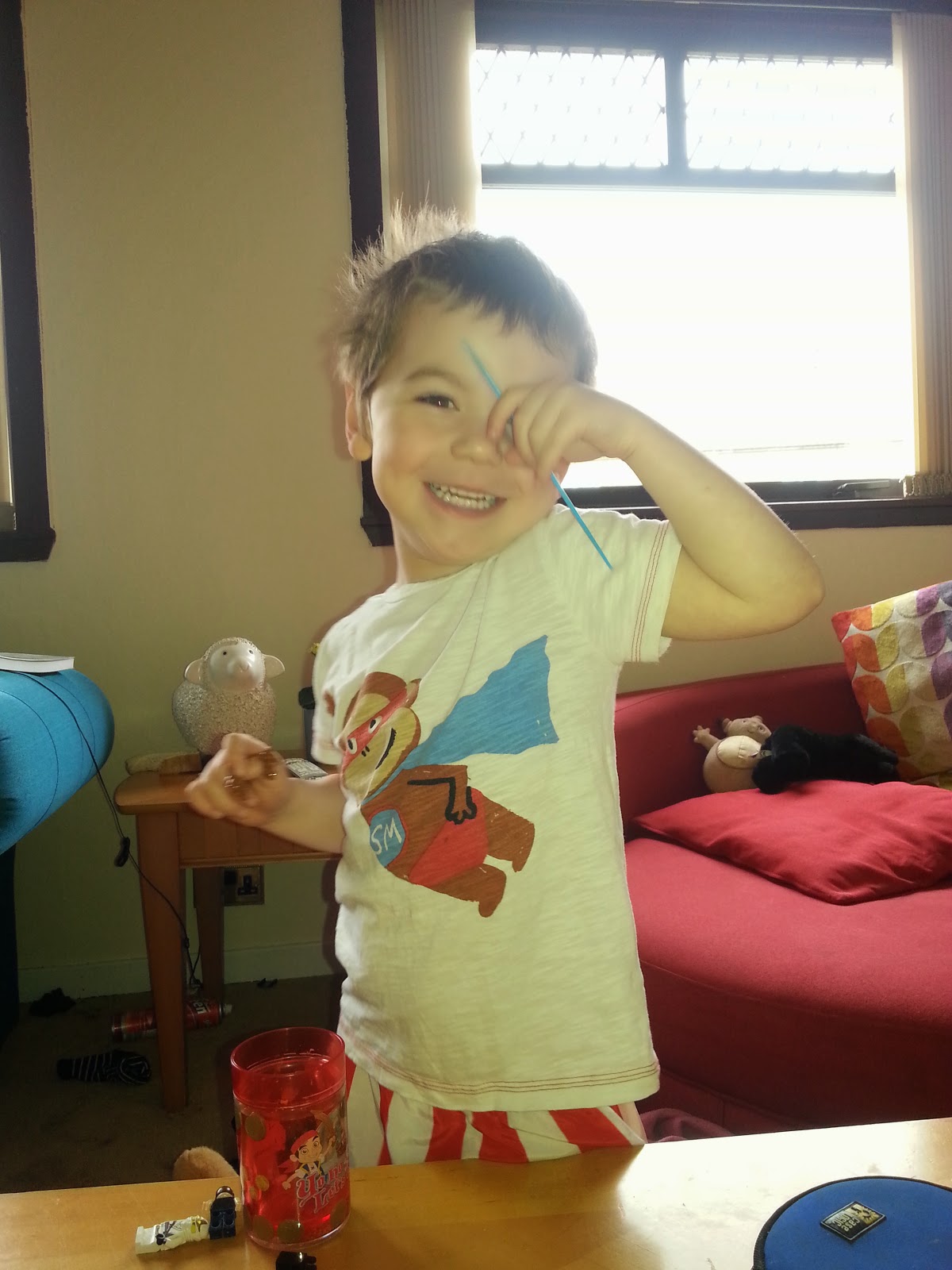 I don't think they are getting the concept that the more monkeys you collect, the more likely you are to be a loser, but that's cool.  It's nice that they are just enjoying the concept and the learning outcomes, such as 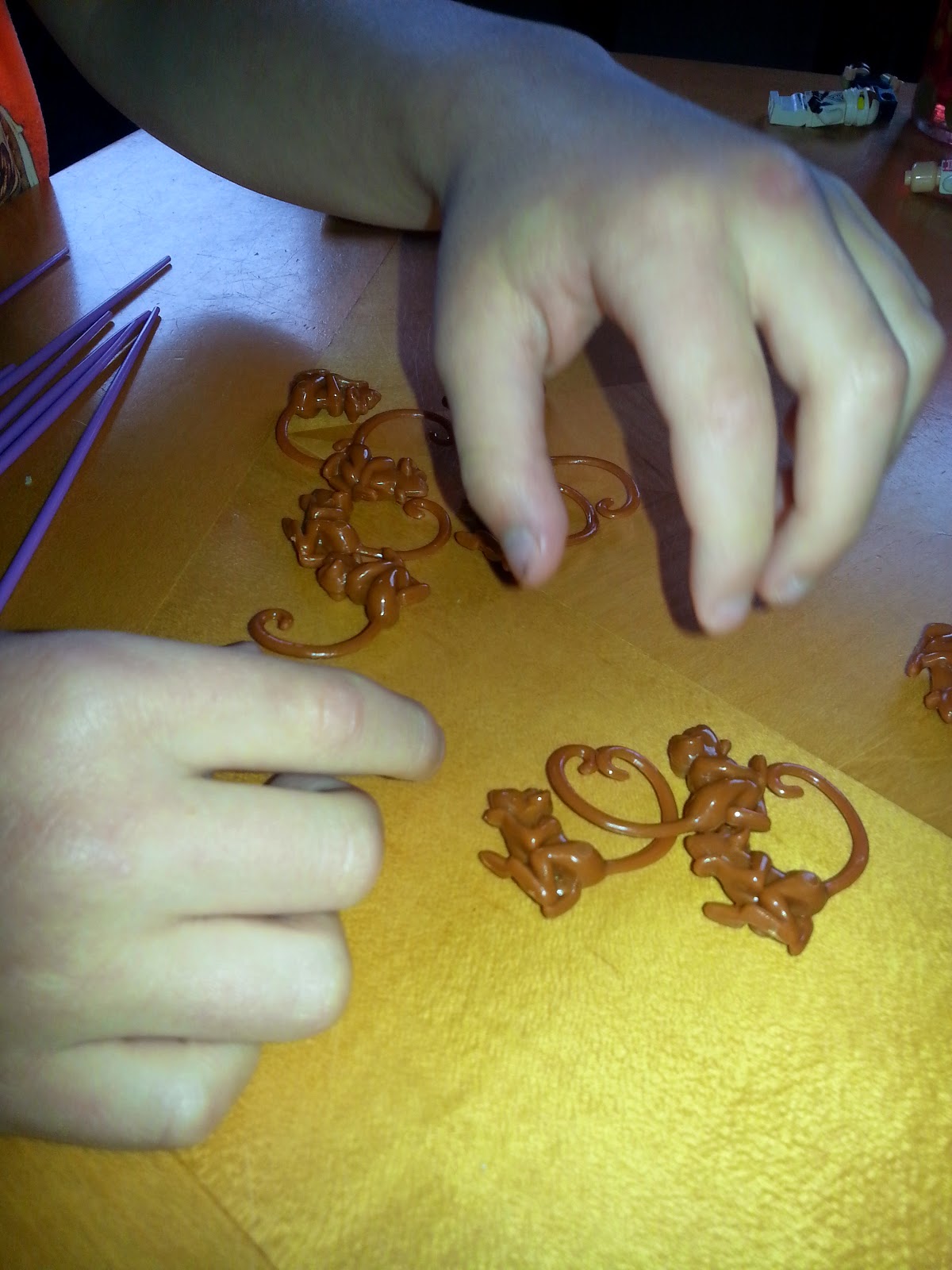 And look, I'm feeling all educational and parent-winning about this, so I'm having fun too.

Any excuse to get the Lego characters involved!