Buy All The Stuff!

When I was wee, adverts were things that happened on T.V on a Saturday morning in the breaktime between our favourite Saturday morning T.V shows like Live and Kicking or  The 8:15 to Manchester, or  Going Live. 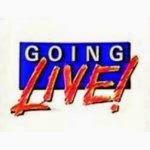 Those adverts contained the stuff of dreams - Mr.Frosty iced-drinks maker, a Hairdressing Dolly to learn how to do doll's hair, Get Set Candlemakers - adverts were aimed right at us, pulling us in, making their mark on our minds for our Xmas and birthday lists. 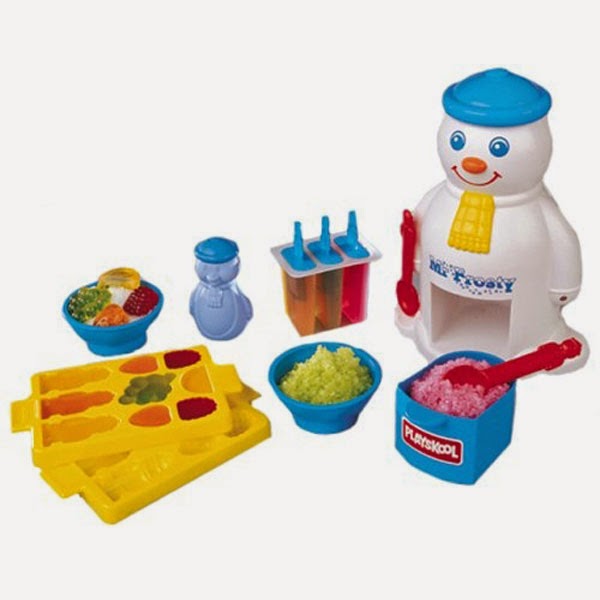 It's safe to say that toys in the 90's were hit or miss - there were races at the toy store for a particular toy at Xmas, with kids dictating their favourites.  Every parent would sell their left kidney to get a hold of that years 'in' toy. 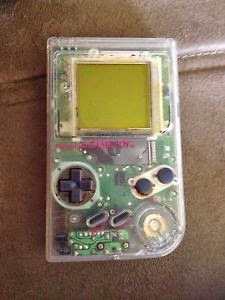 I remember with joy, receiving a Game Boy one year - it was a see-through one and came with a huge overhead clip so you could actually see the screen - by today's standards it wan't great, but back then, it was the height of entertainment technology. 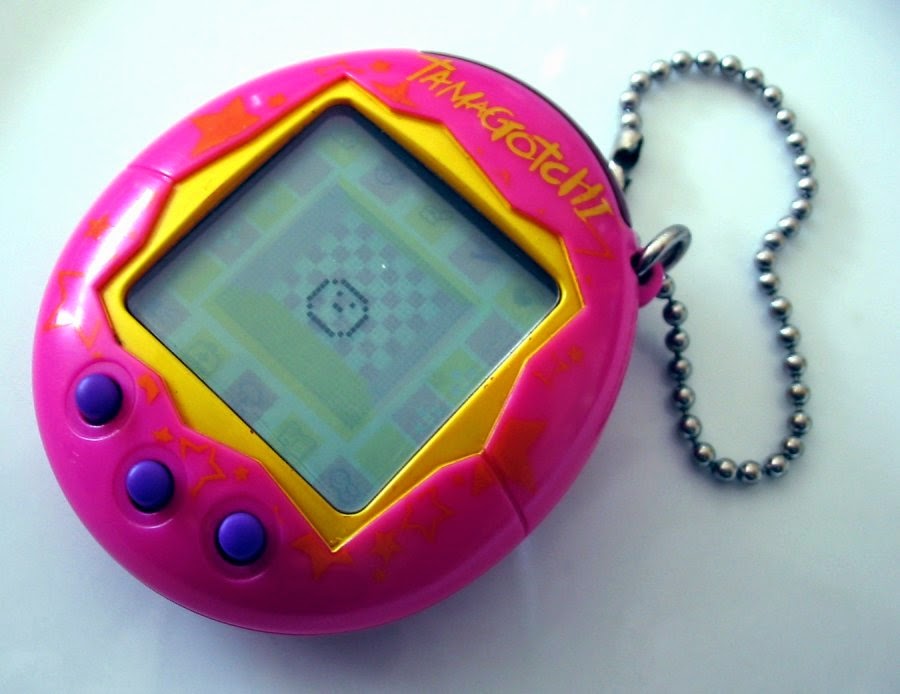 Then came Tamagotchis - small electronic 'pets' that chirruped every time they needed fed, watered or played with.

We went through phases in the playground too - small, inexpensive, time-consuming hobbies that tested our fine motor skills and challenged our patience. 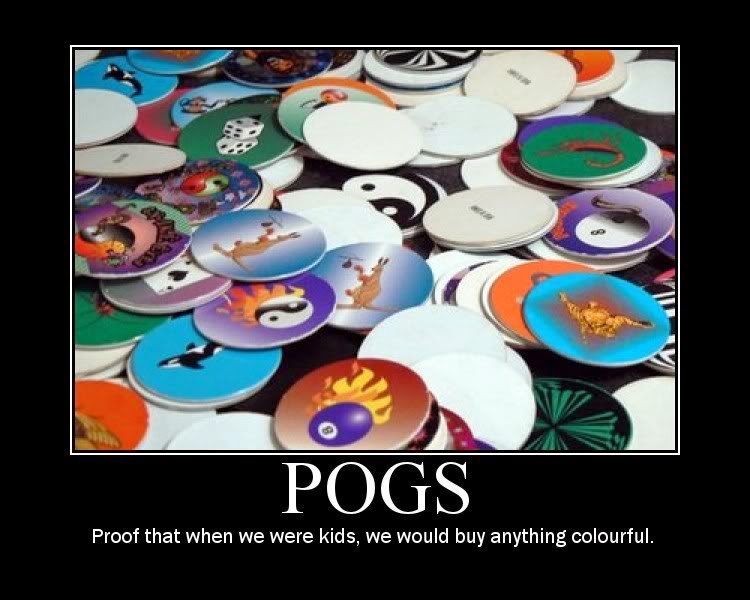 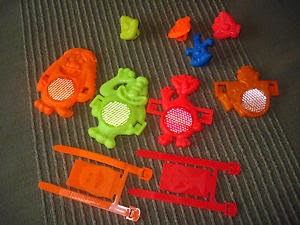 I collected promotional gifts on things.  It thrilled me.

Collecting packs of Monster Munch religiously, paying the £1 postage fee to receive my 'free'  monster reflectors to go on the spokes of my bike, which I proudly displayed, making a 'clinking' sound wherever I went and making sure we bought the Daily Record every week on a Thursday so we could collect the tokens for five weeks in a row to get a free item of clothing for my Cindy doll; these are the things I truly remember about branding and advertising as a kid. 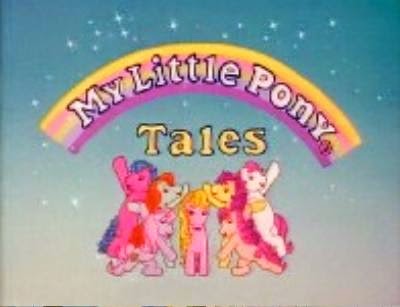 Sure, you could get a t-shirt with My Little Pony on it - if you looked hard enough or if your parents were super-rich.  We bought cheap knock-off Donald duck hats in Blackpool as part of our annual sun hat tradition.  But in the main, branding was something we either bought into or didn't as kids.  It was amazing if we got a t-shirt with 'Take That' emblazoned on it, but if not, we were just as happy with flowers or garish neon birds (such was the style in the 90's).

The point I'm trying to make is, yes, we were consumers.  But there was not even half as much pressure as there is nowadays.

And I realise this makes me sound probably even older than I fell right now, but can I just draw you attention to what is happening here?

Have you realised just how relentless and never-ending branding and marketing has gone these days?

Even if you live in the BBC cave of the supposed advert-free CBeebies bubble, you can hardly fail to notice what a tight grip branding and marketing is having on your children.

On their clothes, their shoes, their magazines, their television programmes.  It comes home in leaflets from schools, it's in the gym hall on book stands at parent's evening.

It comes on leaflets through your door, it's on the packets of the food they eat, the drinks they drink, the bubbles in their baths before they go to bed at night.

Commercialism lives and breathes, and it feeds on young children.

Even the BBC, which claim to be advert free, has become one big, long, marketing campaign - yes, they have you people!  CBeebies is NOT advert free.  Oh no - it is just ONE BIG HUGE NEVER ENDING ADVERT!

For their toys, their baby items, their live shows, their magazines, their apps, their books and their merchandise.

I feel it now more than ever this year.

Now that Thomas has come to an age where he has branched out into school,  he rates his experiences alongside his peers and it's a constant clamour to spend, spend, spend.

Where will it all end?

All of a sudden, unless it is branded - it doesn't happen.

A good example of this are the measures our local heritage and entertainment venues are taking to bring in custom.

Theme parks have sold out to brands in order to survive - the evidence is clear - CBeebies land at Alton Towers, Peppa Pig World at Paultons, Nickelodeon Land at Pleasure Beach - children's areas are using brands to entice young children (and their fee-paying parents!) into the park gates, bombarding them with adverts on every channel, every ad break.

The Octonauts appearing at Sealife Centres, Thomas the Tank Engine for railways,  Lightning McQueen on Pull-ups for potty training, McDonalds on school reports (yep, that happened!) - the big brands are constantly employing the industry standard of 'pester power' to make sure that your children are making sure that you get the message.

The point is, it's not even coming from your television any more - it's appearing everywhere.  Relentlessly.

We are losing our individualism, our ability to do anything without being unknowingly or unwittingly affiliated to or lining the pockets of some huge commercial brand.

We have to wonder if this is the end of imagination and self control as far as our consumerist lives go. 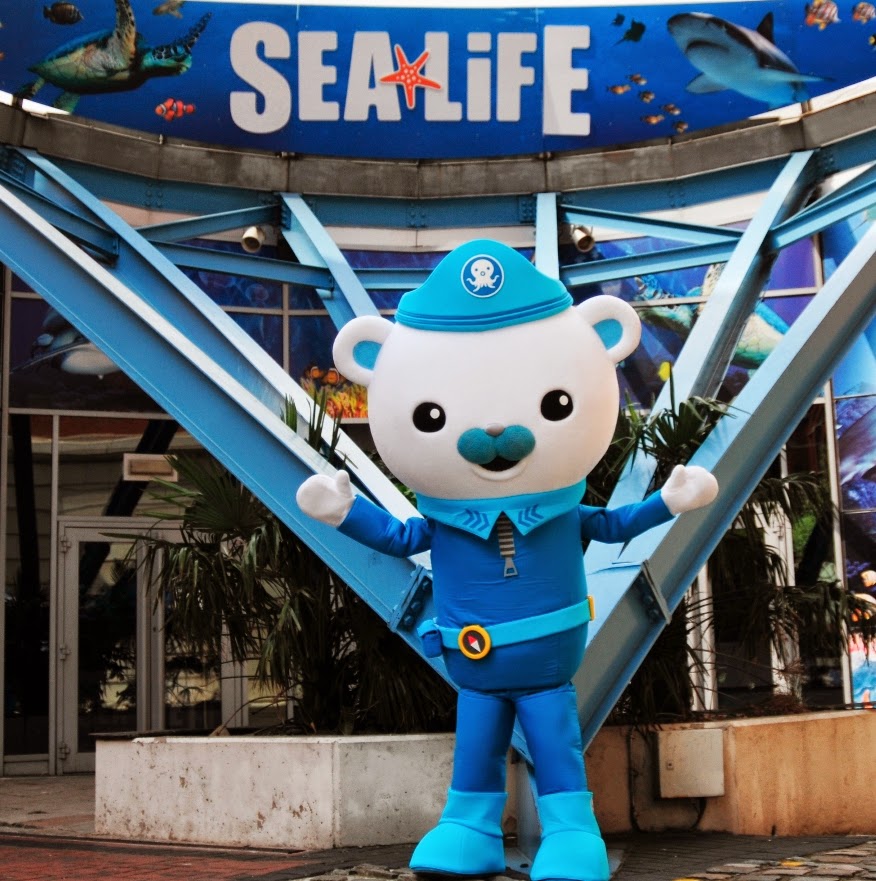 How individual have your choices been lately?

Buy all the stuff! Buy it now!