That Time I Nearly Walked Into The Sea: Post Natal Depression and Me

I have started to say it to 'new people' in my life over the last couple of years.  But only every so often.  And never candidly.

I had terrible, debilitating, awful Post Natal Depression.  And it nearly completely ruined me.

How's that for a statement?

There's things that you can write down better than you can say to people's faces, and this is one of them.

And that's something else I struggled with.

And if they noticed, they never told me.

It wasn't until Ethan was nearly two years old that I realised how bad things had been.

Post Natal Depression is an absolute bastard of a thing.

You can prepare for it, you can be aware of it, but it is a sneaky, horrible bugger and it lies to your brain.  It tells you that you are okay and that you are coping and that things are not so bad - you know, as you are packing your bags while on the third crying-fest of the day with extra snotters. 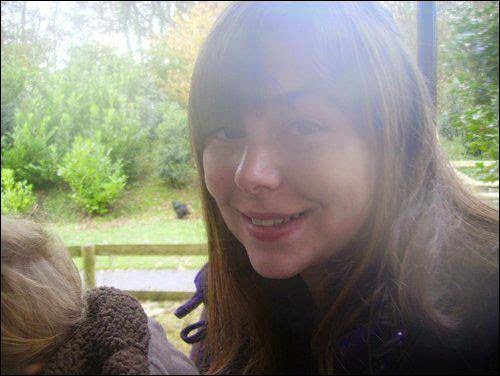 Except you aren't going anywhere - oh no.  It gives you the fear, the guilt and the unknown amount of pent-up angry energy to leave, but then it ties your arms and legs down with fear, guilt and angry energy, rendering you unable to move.

It talks you out of doing anything by telling you that 'it's just because you aren't getting enough sleep', or 'it's because you are having an off day'.

It makes you tick the wrong boxes on that daft Edinburgh scale test the Health Visitor gives you while you smile nicely at her to make sure she doesn't have any concerns for you and it forces you to tell everyone that you are fine, while you tearfully beg your husband in the mornings not to leave you alone with two kids all day.

And then you realise - it's more than just one day.  It's been two months. And then four.  And then six.

And the six months rack up into another few weeks while you think about it a bit after you've spent the afternoon walking around the block about forty times while your baby cries in his pram and you break down in the arms of a lollypop lady when she asks if you are alright after you cross with her for the third time.

You decline invitations from friends and family to go out because you don't feel like it.  You stop leaving the house because every time you do, you feel like the whole world is watching you and judging you. Getting on a bus seems torturous, braving the shops is not an option. And if you do, everything moves in a haze - you feel fraught and tired and panicky.  It takes all of your strength and energy just to sit in the garden with them for an hour, hoping the postman doesn't come or that a neighbour won't intrude.  You feel guilty and tired and weak.

The feeling of sheer loneliness is claustrophobic and terrifying.  You begin to have thoughts about just leaving, just walking away from it all and letting everyone else get on with their lives.  They'd be better off without you.  Maybe your kids would be better without a mum who sits sobbing in the corner all day while pressing 'ok' on another episode of Waybuloo.

You start blaming other people - oh yes, it eats into your relationships too.

It turns your friends into enemies, your family into foes.

It makes you believe that the whole world is conspiring against you.

I lost friends.  I stopped seeing people.  I missed out birthdays, nights out, a Take That gig, job opportunities...

I'd like to take this time to apologise to anyone affected here - it wasn't me you see.  I wasn't there.  Well, I was, but under the surface struggling like hell to re-emerge.

It kills you physically too.

There is no nap long enough to satisfy the exhaustion.  No drink alcoholic enough to dull the feeling of achy stress, no food satisfying enough to kill the urge to run.  Run, or end...something.

Not precisely, but yes, kind of.

The urge to fling yourself down stairs, to walk into the sea, to disappear is...prevalent.

But again - completely unimaginable too.

The guilt, the fear, the self-loathing is completely in charge.  It is not keen on letting you escape.  It likes to be in control. It likes to torture you for as long as possible.

It was like standing on the edge of a deep dark hole and looking in.  Except one day I realised I wan't looking in - I was peering up at where I used to stand.

I've found this very cathartic to write about.  Nowadays the hole is far away.  It's in some woods, past a stream, behind a mountain and over a large barbed-wire fence.


So what's the point of writing this after it's happened?

There are lots of points.

Thanks to everyone who supported me through that time.  Whether you knew it or not - it really meant a lot.

And if you have someone in your life with a small child, please be the person who does the little things.  You never know who is struggling.


Need more reading on PND?  Check out these links below:

Also, have a look at The PND Family Page for loads of extra support and perspectives