How Did I Do Two Under Two?

Like anything horrific and traumatic and stressful, it's always best to speak about it long after it has happened. 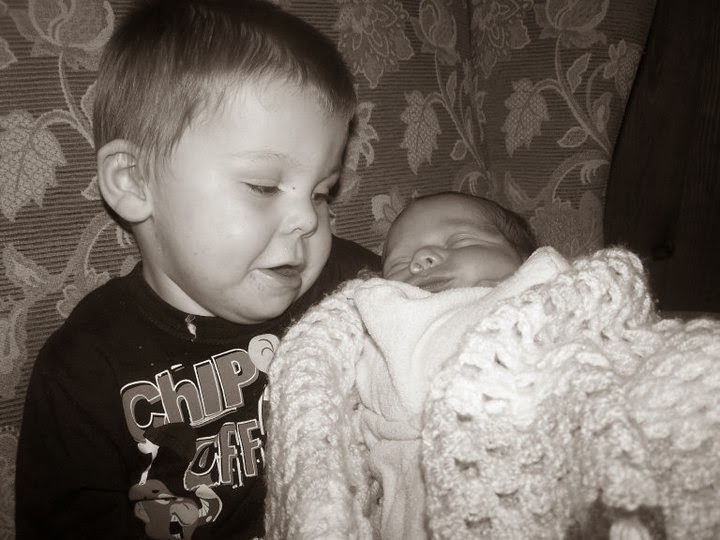 And now that my boys are finally old enough to feed themselves, play by themselves for a degree of time and are actually sleeping for most of the night (albeit in our bed - I don't care, I'm just very grateful for those extra hours of sleep) I can finally, quite safely admit that we are out of that crazy, crazy time (touch wood.  Oh sweet gods of toddler/small child behaviour, please don't think I am being flippant or horrible...I love you, thank you for the gift of good boys you have bestowed upon us). 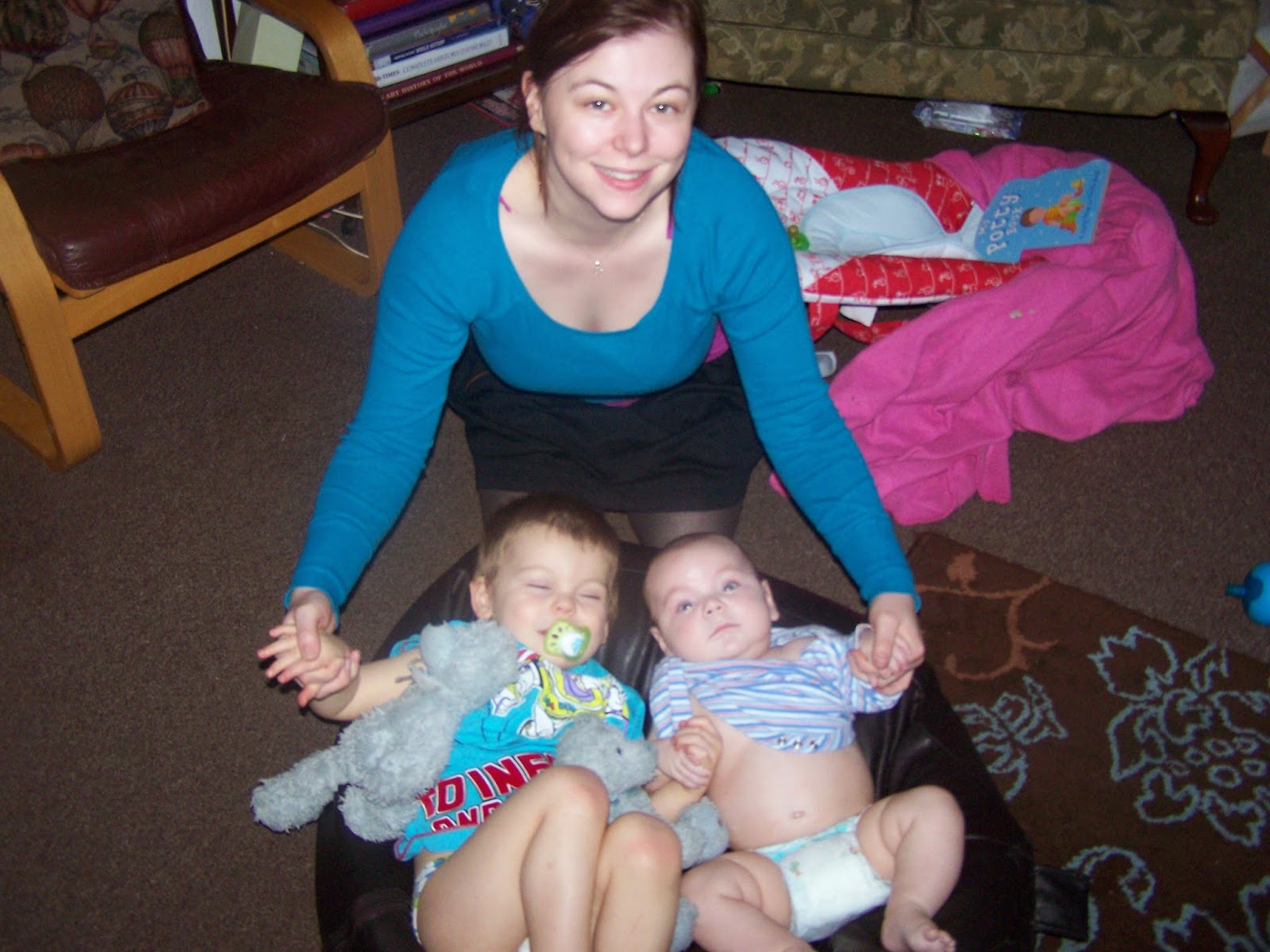 I had no idea how much I could do on so little an amount of sleep.

I had no idea how much pee, shit, puke and off milk I would be dealing with in one day.

I had no idea how much milk two small children could drink.

I have no idea how I moved house with a two year old and a six month old.

I have no idea how I managed to learn to drive at this time.

I have no idea how I managed to do an online course at Open University in this time.

I have no idea how I also then took on a full-time job in a bar at this time.

I have no idea how I did it.

Post-natal hormones clearly make me crazy enough to take on the world.

Ethan was born 3 weeks early.  Admitted to SCBU on birth, I didn't actually meet him until he was 8 hours old and the spinal tap had worn off enough for me to get into a wheelchair.  I met him at 4a.m.  The lights in the SCBU unit were dim and there were lots of babies in little plastic caves, naked and nappied, but warm and comfortable.

My son stood out like a sore thumb on that ward - when Thomas was born he was 10lb 9oz, so my second son was always going to be big too.  And at 7lb 9oz and a half, he had been shaping up to challenge his brother in the weight category before his premature arrival.

Born breech (despite apparently being the right way round when the surgeon prepped for the C-Section - talk about bloody-minded.  I should have read the signs!  What kind of baby tries to escape his own birth by swimming back into his mother's rib cage?)

Ethan had difficulty breathing at birth, so was put on a CPAP machine to help him with his oxygen levels.

I didn't get to hold him until the next day and he was off the CPAP completely, but even then he still had to be tube-fed for a couple of days and was plastered with various monitors.

Thankfully his stay in SCBU was short, and second time around I was feeling fairly confident.  I established a good feeding routine in hospital when he finally came to join me in my little side-room and I was adept at getting up in the night to feed him at routine times.  All was going swimmingly, despite us having to stay in hospital for a few more days than planned due to me contracting an infection.

I think his stay in SCBU was actually beneficial - instead of the painful first couple of nights in hospital, in agony, trying to get to a screaming baby while my hormones made me sick with panic and fear because my stomach muscles didn't allow me to lean over to get him, I got some much needed recovery time.

The first time Dave came to visit us with our eldest, I was shocked at how much Thomas had grown.  How had he grown so big?  So noisy?  So clumsy?  How the hell was I supposed to stop this huge, excited child from hurting my tiny little baby?  It was a funny feeling - overwhelming, and one that I'm almost ashamed to admit now.  Thomas had just turned 2 years old 2 weeks previously, but already I saw him as nothing but a huge destructive force.

It was so hard to see him as a baby too - especially as Ethan had been in SCBU.  Because he was.  It's something I hope he'll forgive me for.

At home, it was harder.

Settling into a routine at home was a lot harder with two extra people and a dog to deal with, never mind the excess of curious visitors.  I found it quite hard to cope.  My C-Section wound was still very fresh and I was wiped out by a long hospital stay, some pretty hard antibiotics that I was sent home with and some pretty persistent anaemia, not to mention the demanding breastfeeding/expressing routine that I'd set for myself. 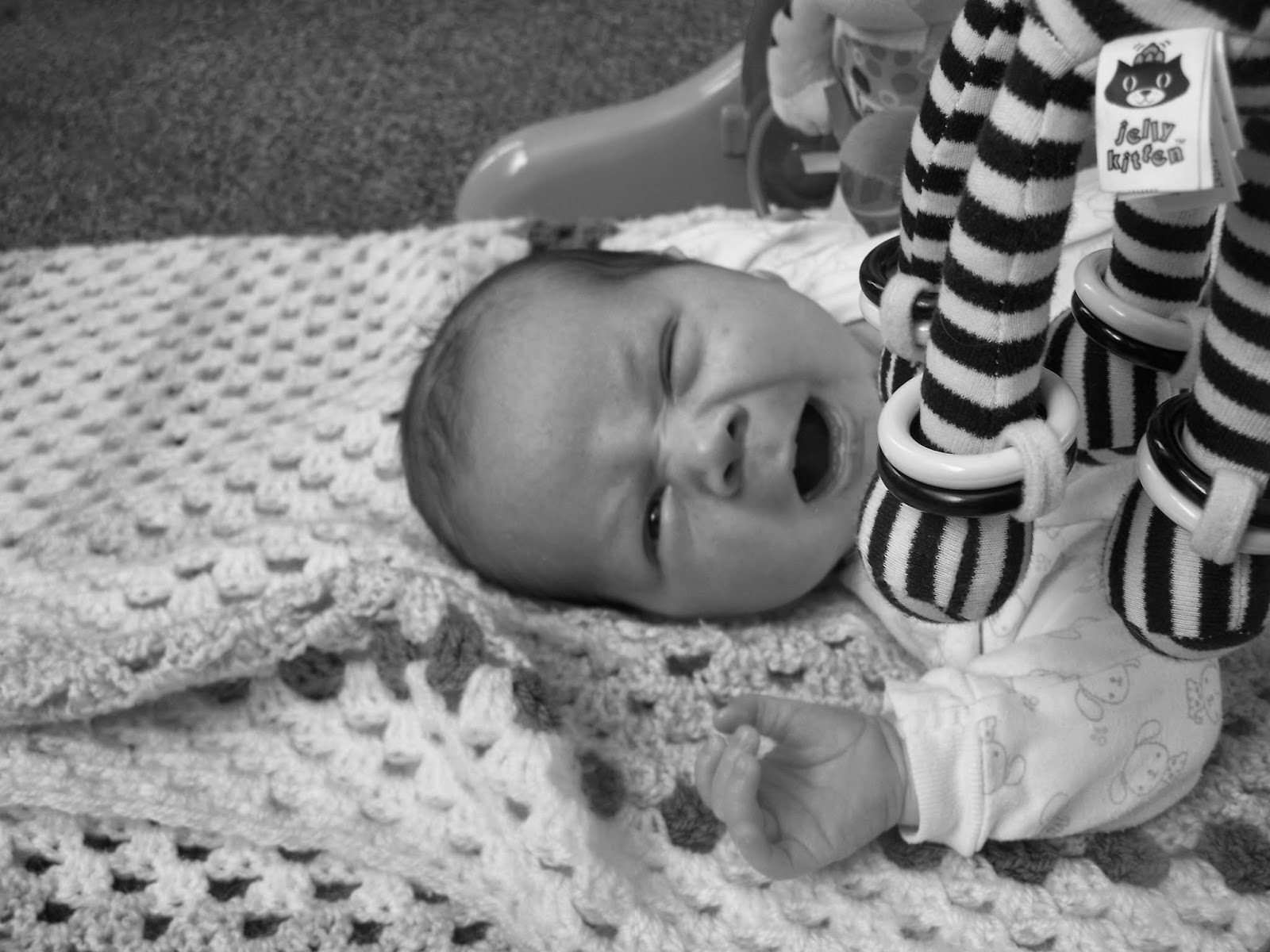 My boobs were massive, and I went into production of milk like a well-established heffer - the freezer was full within weeks and I had extra to go around.  Which was just as well - as Dave had to go back to work just 4 days after I got home. Expressing with a screaming baby, a manic, unsettled toddler and a dog who needed to go out every few hours was a tough gig.

So how did I manage?


Top Ten Tips For Coping With Two Under 2?

There is no magical time for when life gets easier.  For me, everything fell into place a bit more when Tom started to go to nursery and I started work.  Even then, Ethan didn't start sleeping through the night until he was just over 3 years old.

But I'm looking back on my days with two babies and I think, yes, it was damn hard.  But by gawd, it was worth it.