What The Blethering Boys Are Playing Today: Shopkeeper 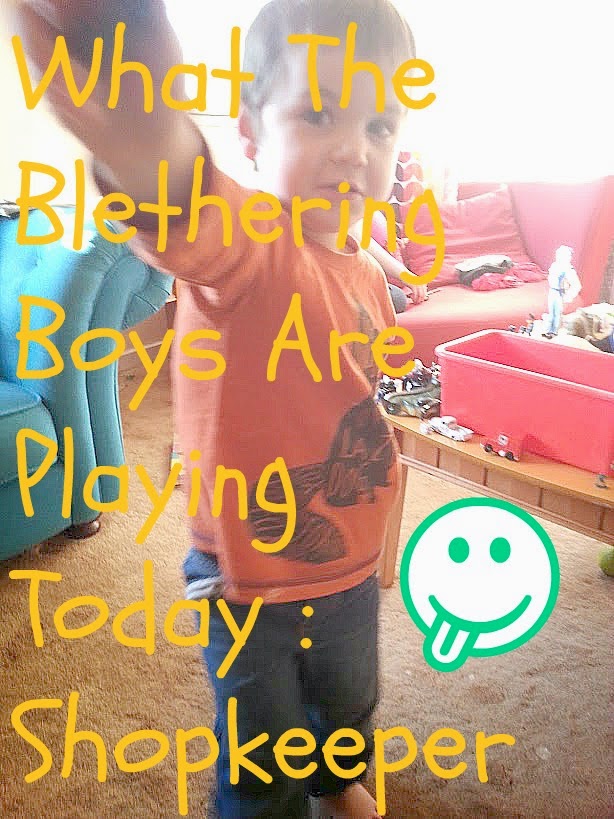 Today's play is brought to you by the creativity and imagination of our youngest son, Ethan.

Ethan is 3, and can be described as imaginative, cute, lovely and just a bit crazy (which only endears him further - think maniacal, unpredictable Elmo).  Like how he chooses to wear his oh-so-fashionable Cuban-stylee hat in all seasons - including winter.  We can't leave home without it most days.  I keep waiting for him to grow out of it, but people think he's cute and hilarious, so I'm stuck with other folk's crap hat cast-offs, which they joyously gift to him, thus perpetuating his love of the hat. 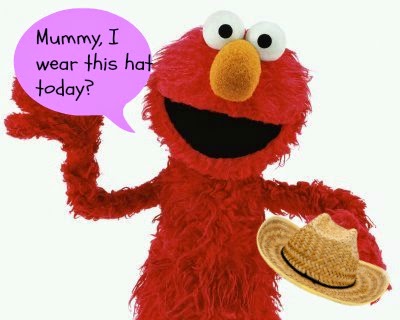 On the bright side, he's never had sunstroke.  Although it does get wet in the rain and man, does that material smell funny when it's wet.

Aside from his crazy hat obsession, Ethan has an amazing imagination, one which creates all kinds of games for him at any opportune moment.  We can be anywhere, at any time and he will produce some of the funniest and brilliant games that none of us could have ever thought up.

Today was no exception.

Today we are playing Shopkeeper.

Without even knowing it, he is learning all about

Ethan has a tub of random toys, including figurines and their accessories.  He carefully placed them all out on the table and just asked us 'What would you like to buy?'

So we all played along.

I got out my purse and got together some coppers from my bankie, and kick-started a great game which is now part of our daily repertoire (kids learn best by repetition).

It was great fun.  He asked us what we liked, we described it for him, and then he found it for him.  He also learned the names of different characters and accessories.

We had a fab time - why not try it with your wee ones?  So easy to do and so much potential!

You don't need any fancy toy cash-registers or 'supermarket items' just some imagination.