Kids' Obsessions - what have you found yourself 'enjoying'?


You know, when I analyse this properly, I'm not a massive Star Wars fan.  I tolerate it at best.  I have a thing for Han Solo (but mainly because he's Indiana Jones y'know? HAWT!) and I get a funny feeling in my stomach for those cute little Ewoks...and Chewbacca.

I've watched all of the Star Wars films.  I can give you all manner of Star Wars chat.  But, given the choice to sit and watch another Star Wars film or not, I'd well, rather not.

Somehow, we have created the world's biggest Star Wars fan.  He would sleep, eat, wear, play and watch Star Wars every minute of every day.  He spent months, and I mean actual months playing the Lego Star Wars games n the PS3 and PS2. He knows all of the characters off by heart, thanks to various sticker books which he has studied in depth (to the point where I'm sure he should and could have perfected a foreign language, the way he reels them off), and can debate with you the finer points of character familial relationships, better than he can his own familial relationships.

He covets his Star Wars T-Shirts, and when we went to Disneyland, we spent a lot of time in the Star Wars shop trying on Darth Vader Mickey mouse ears and 'ooh-ing and ahh-ing' over build your own lightsabers. 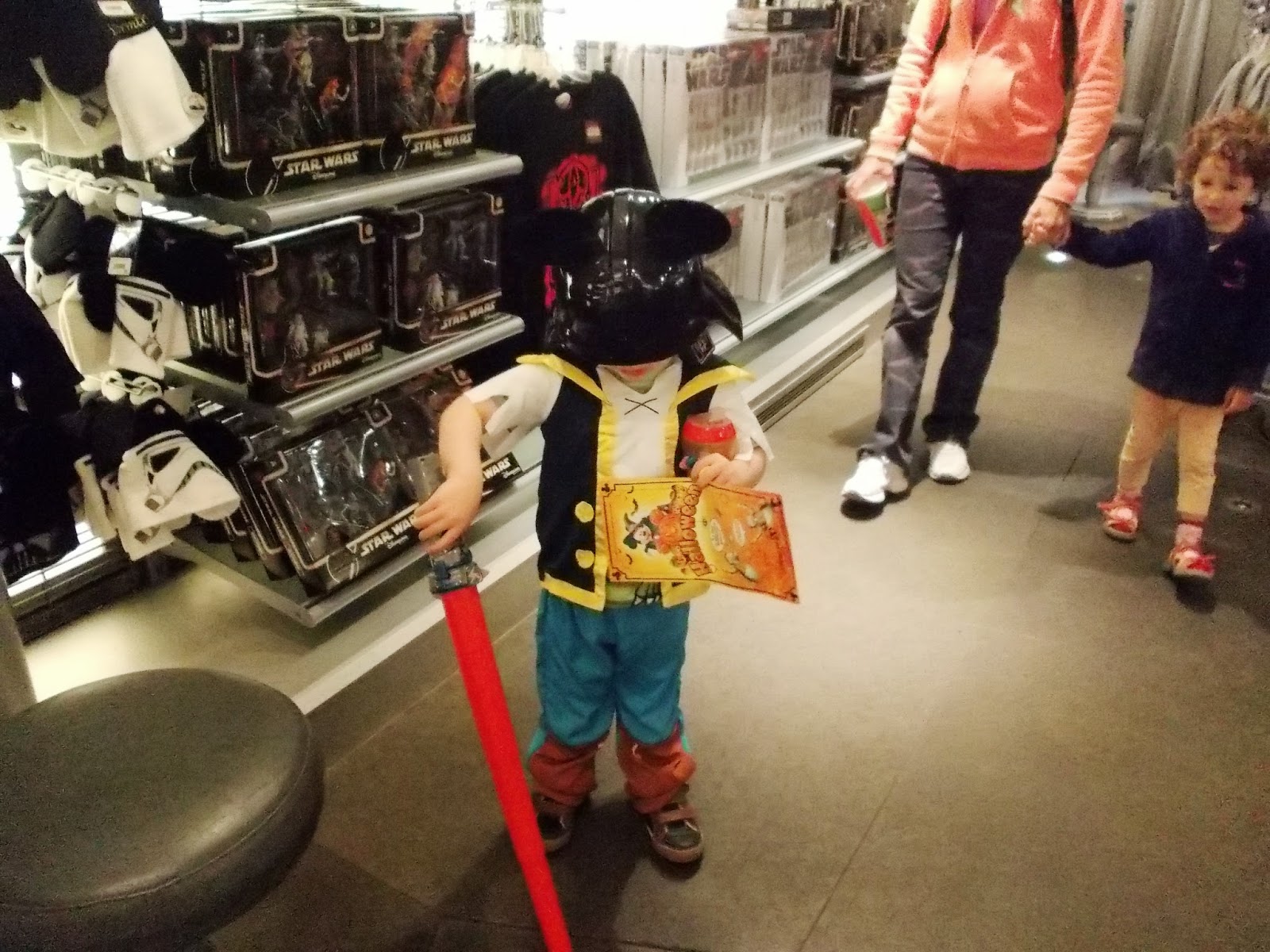 He was so excited by Star Tours, the Star Wars ride at Disneyland that he never made it on.  His nerves got the better of him and he was sick in the queue at C3P0's feet. 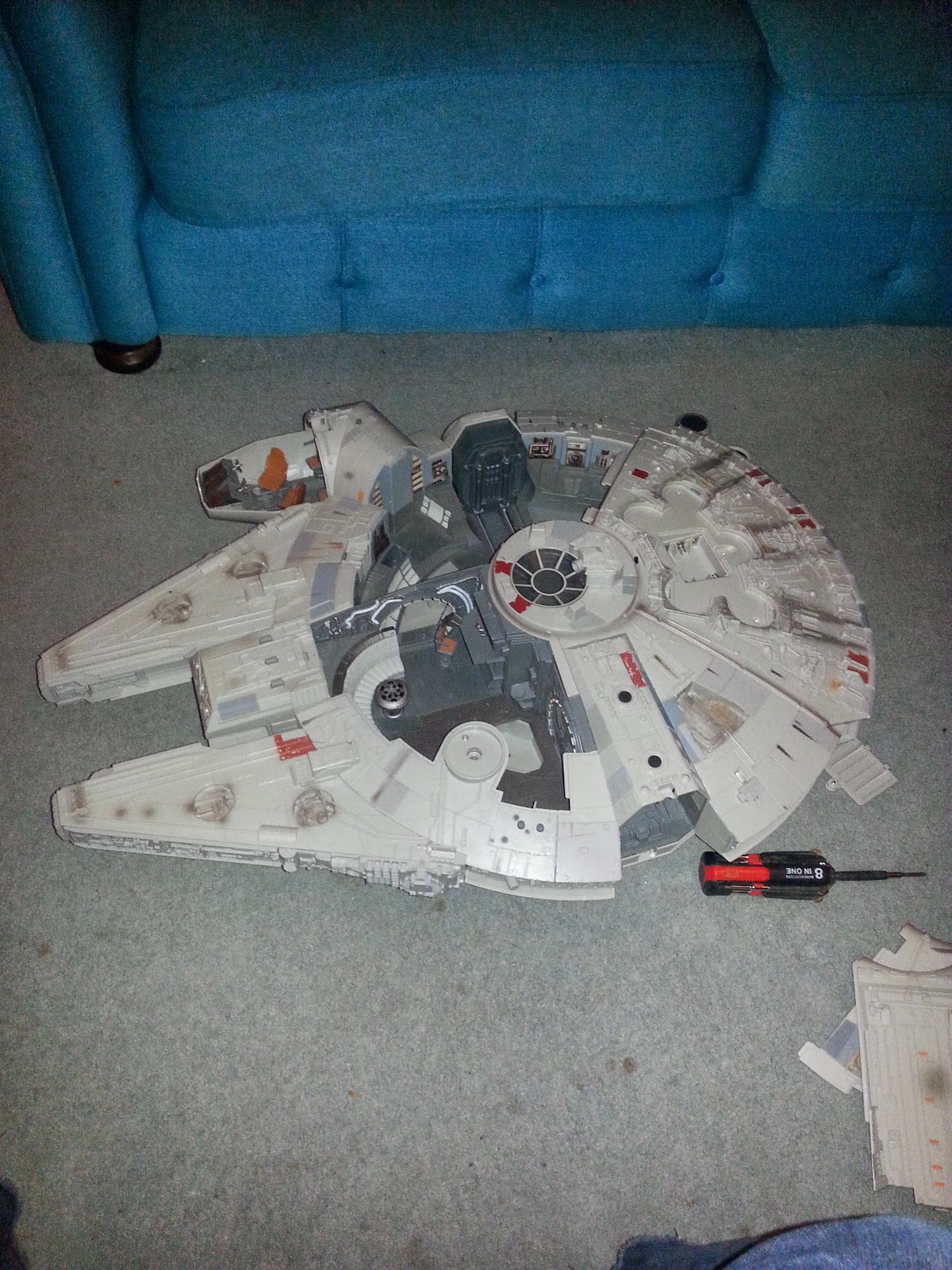 I may, or may not have a two and a half foot Millennium Falcon in my attic at present that I've spent a lot of time maintaining and fixing, and I may or may not have considered getting a cute jumper I saw the other day with 'Jedi Warrior' across the chest for myself.

I have indulged in a lot of Star Wars memorabilia and I get really bloody excited when I see that Star Wars is showing on the T.V again.  Not to mention the time spent catching up with any film news about the new film coming in 2015.

What has happened to me?

It's true - you love your kids so much that their obsessions become your obsessions.  Even if you don't actively like whatever they are currently coveting.

There's evidence of this everywhere; the dad who knows all of One direction's songs because his eight year old daughter is in love with them, the mum who spends her life watching Peppa Pig with a half love/ half hate feeling in her heart - parents will go above and beyond for their children's latest obsessions.

See, before I had kids, I never, ever thought that In The Night Garden was a cute or even acceptable thing for children to like.

I scoffed at sleepsuits and moses baskets with Iggle Piggle and his ilk printed in garish colours all over them and laughed.

'Who the hell would put that crap on their kid? It's disgusting!'  I would sneer, while nursing my fledgeling baby bump.
'Gross!  My kid won't be watching any of that pish!  What kind of name is Upsy-Daisy?'

Fast-forward a year on and we were actively setting our schedules around that flower-headed nonsense-maker, hoping and praying for half-past six; the magical time where those horrible dome-headed, squeaky, ridiculous eejits would allow us to eat, wash and generally get back to some kind of human semblance, as Tom would watch them, transfixed for a full half hour.

If Iggle Piggle meant that I could grab two minutes to pee in peace, then I was ON that bandwagon.  He could be printed on my face if he liked.  I would advertise him in the street if I had to.  That shit is magic, and I'll hear no harsh words against the horrid blue bugger.

Then came the Finding Nemo/Cars phase.  Which I'm wishing I'd indulged a little bit more, had I'd known it would lead to the Playstation phase.  I think I'd take watching Marlin find his son over and over again anytime, over the current tears and tantrums involved with not being able to get new characters on Lego Batman or spending hours 'finding the cheat codes so I can get Mace Windu* on Starwars 2, mum!'

*Disclaimer.  This might not be it's actual name.  Is either Mace Wimdu or Mace Windu.  I don't know.  I don't care enought to Google. 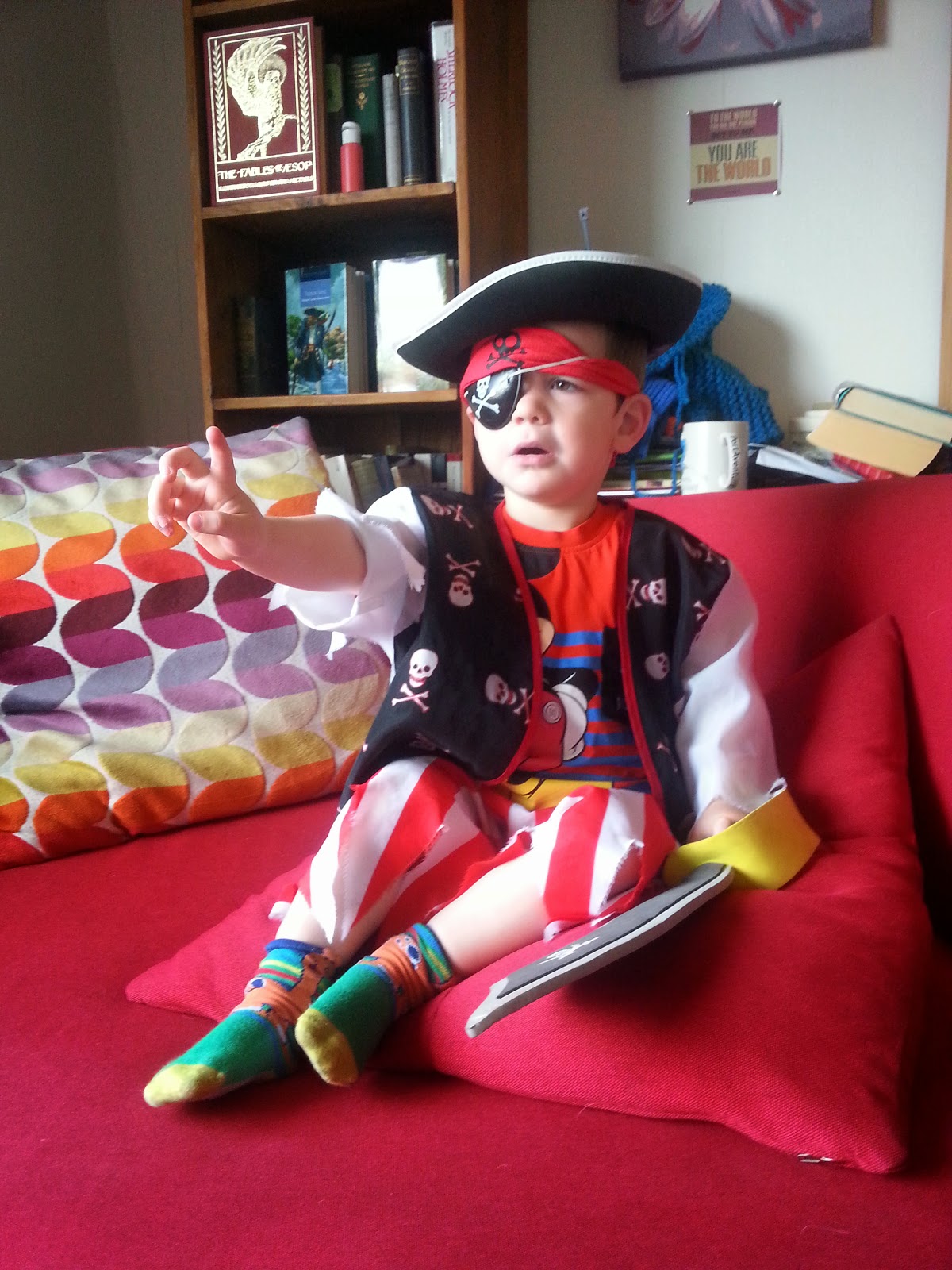 Ethan's current obsession is Jake and The Neverland Pirates, which has come from his love of Peter Pan.  As a massive Peter Pan fan myself, I am getting behind this for as long as humanly possible.  He can dress as a pirate until he's 30 if he likes.  Plus, he looks quite cute in the full regalia.

I'm not even looking.  It's nothing to do with me.

I don't have time to memorise all the players, leagues and footballers that I've spent such a long time actively not caring about.

You can see where this is headed, can't you?