Lego Movie - Everything Is Awesome! 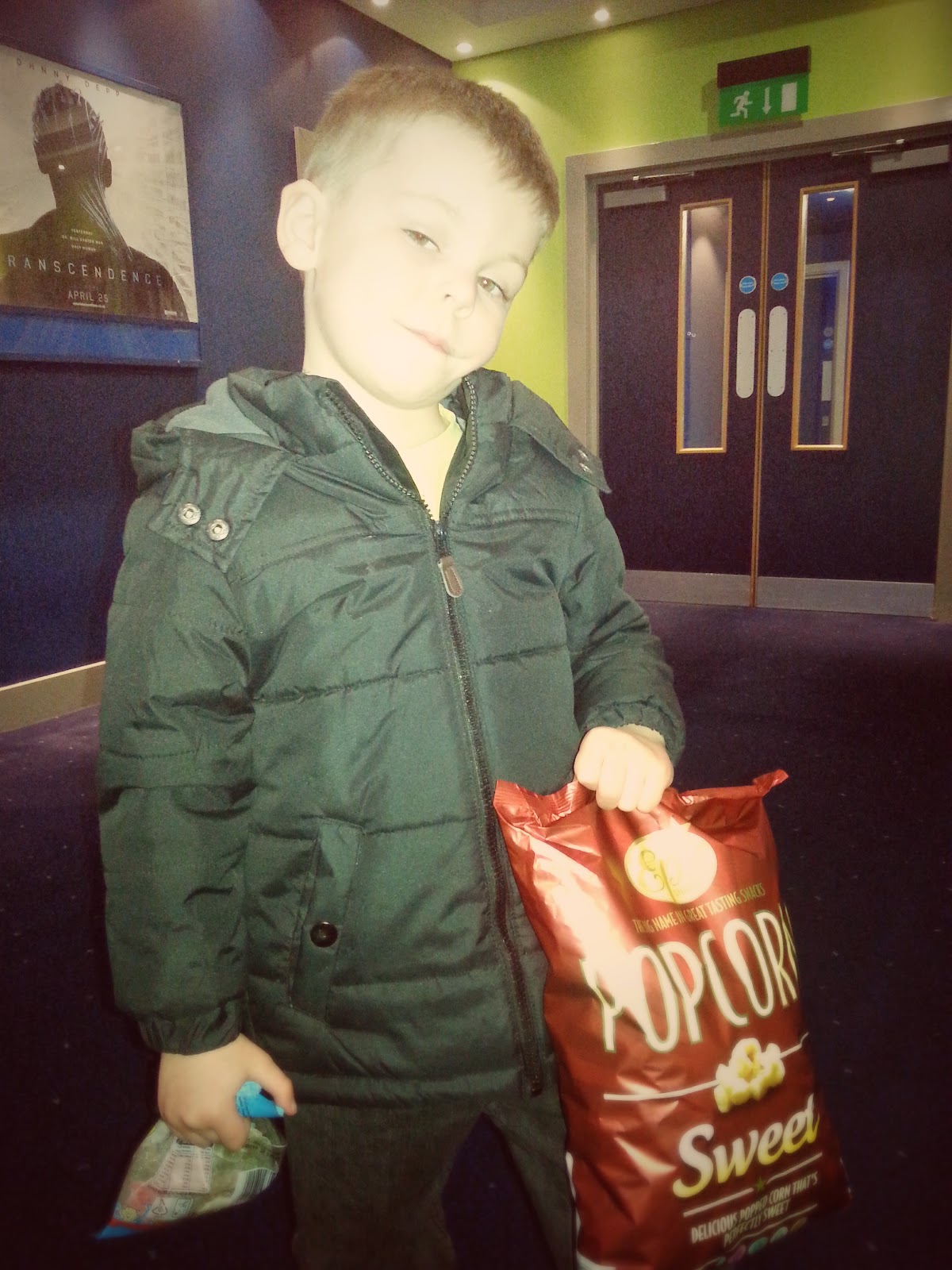 Today it was just Tom and I at home.  Ethan was at nursery all day (and he really wanted to go) and Dave was at work.

Usually, when I have a Wednesday to myself, it's pure luxury.  It's the only time, once every two weeks, that I have a large amount of time all by myself, to do whatever the hell I want without constant interruption.

Usually I cook, I clean, I read, I write, I craft and do grown-up things like reading a newspaper in a cafe with a pot of tea, or browse the shops in peace.

I love my Wednesdays.

But today was a Mummy and Tom Wednesday, and we haven't had one of those in a long time, so I was really looking forward to this particular Wednesday.

Tom is a great wee guy - so full of love and emotion, always fidgeting around, always so eager to do stuff.  When it's just me and him on our own, it's great - we both really engage with each other.  I love when my boys are together, but sometimes it's really nice for them to get some alone time with either mum or dad.

It's also a total reality check - when did my boy get so grown up?

We went to the barber to get his hair cut, and he sat there like a total gent (well, a total gent with ants in his pants, but he sat well enough), getting his hair clipped in the real barbers chair.  It's a great wee barber in Monifieth called Benjamin Barker, and well worth a visit if you are around these parts.  It's decorated with vintage furniture and even has Buffalo horns on the walls.  We had to wait a wee while as it was so popular, but definitely worth it - Tom got the best haircut he's had.

Then we came home, had a quick lunch and planned the rest of our day.

Tom loves Lego.  We've seen the Lego Movie, he's played all of the Lego games to within an inch of their lives, he's got Lego t-shirts, he pleads with us daily to take him to Lego land.  When I suggested a trip to the cinema to see a kids film, it was the only thing he wanted to see.

And he was so excited by it - how could I say no?

So here he is - popcorn from Aldi, waiting to go in to see his favourite film.

He loved the Lego Movie. Again.  And so did I - isn't it a great divide between adult and children humour?  I was still giggling at that bit where Batman steals the hyperdrive from the Millennium Falcon.

I need to make dates with these guys more often, before they grow to old for a date with their wee mum!