I've been spending a lot of time thinking about my old boy recently. 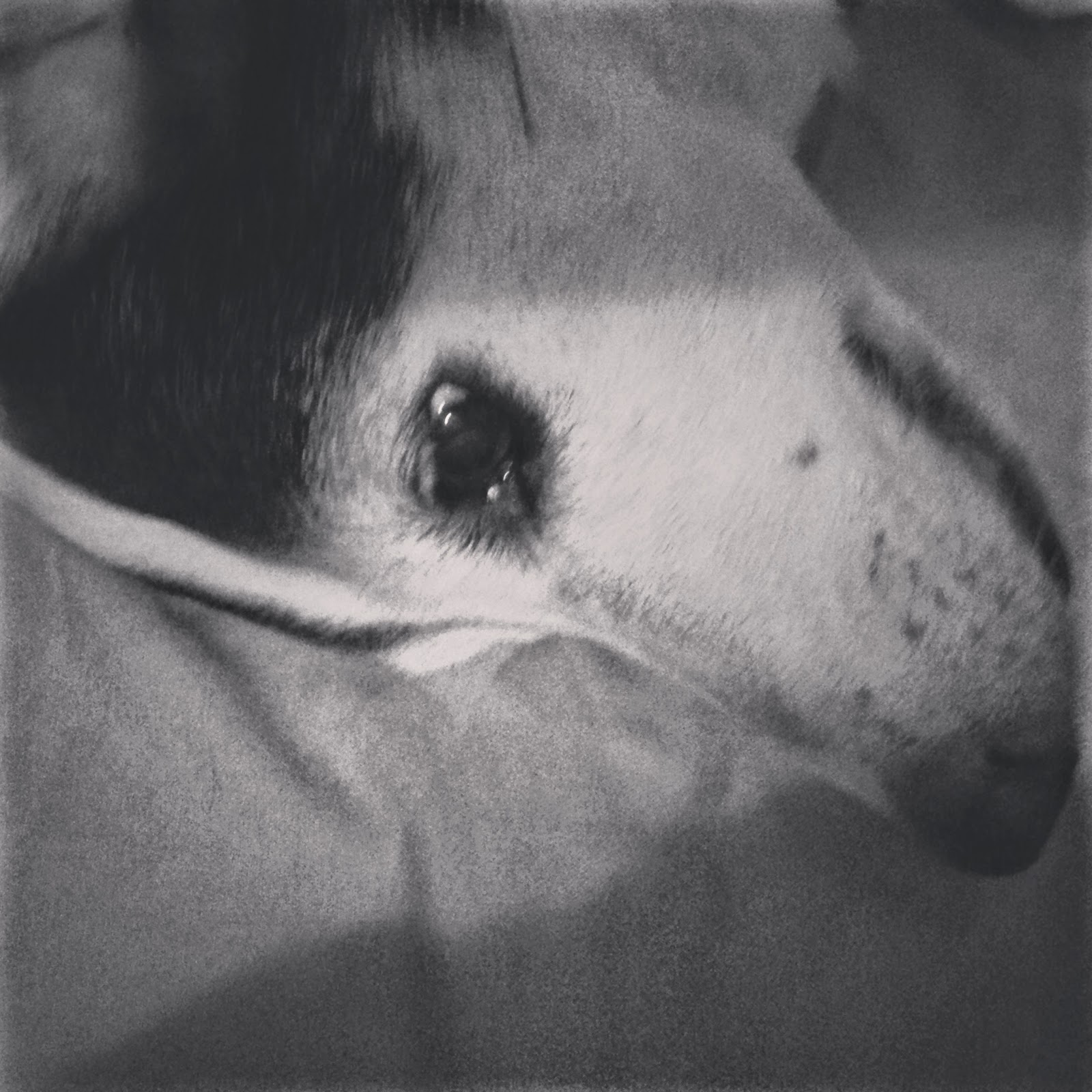 He had his 18th Birthday on the 23rd of March this year.

Until the last couple of years he was very much still like the young, fun, active beast that we've known and loved all these years.

But very recently he has started to slow down a lot and show some signs of age.

Which I'm kind of glad of - until then I'd started to think he was some kind of dog Peter-Pan!

Sparky was: toy-crazy, annoying, energetic, able to do loads of tricks, a fast runner, a pain in the ass when guests were around, inquisitive and talkative.

He's sadly lost a lot of this as he has developed into an old man, and spends much more time plodding around and sleeping on the end of our bed.

Sparky is now: slower, more into long walks, more into food instead of toys and more social with other dogs, less tolerant of guests and tends to give them a customary wag before retiring to bed and happy as long as there is a soft space to curl up in.

Like us all, he has changed as he has matured.

He isn't the same dog that I had for all these years.

In a way, it's kind of nice.  I've grieved for him over time.  I'm now used to this wee soul who settles himself on the couch beside me instead of pawing me for hours on end to play more.  But damn, I miss him bothering me in the bath!

He used to wait until I had got into the warm bubbles and then plop his toy over the edge.  It used to get quite annoying, but I miss it so much now.

I know I'll be ok when he goes.  Of course, I'll miss him like anything, but at least it's through old age.  There's definitely worse ways to go.

My kids have known nothing else though.  They don't know the dog he used to be - I'm gutted about that.  They would have been perfect companions in another time.

We've prepped them for it by paving the way with sentences like 'he's really old' and talking about death in a positive way, but I don't think any amount of prep is going to be enough really. He is the fifth member of our wee family and is still involved, very much, in everything we do. I don't know how long I have left with this wee guy, but I just wanted to show him off.

Life is unfair.  Dogs should have longer life-spans.